Already a dad to two with his ex-wife Uma Thurman, the actor is having another child

Ethan Hawke – already the father of two children with his ex-wife Uma Thurman – is about to become a father again, this time with Ryan Shawhughes, described as the former nanny to his children.

“I can confirm and they are thrilled,” says Hawke’s rep Mara Buxbaum. “No further details will be made available.”

Speaking in December 2006 about the joys of fatherhood, the 37-year-old actor-author said, that his two children with Thurman – daughter Maya, now 9, and son Levon, 5 – provide “the greatest pleasure in my life. It’s the only role that, if I fail, I will consider my life a failure.”

As for sharing parental duties with fellow New York resident Thurman (they split in 2004, after seven years of marriage), and yet managing to keep their distance from one another, Hawke also said, “We live down the street from each other. If we lived down the street from each other in Minneapolis, I’d have to watch every car go in and out of the driveway. I’d know how late she stayed out.”

Given how things turned out, he said with relief, “I don’t have to know any of that stuff.”

In Touch was first to report the story. 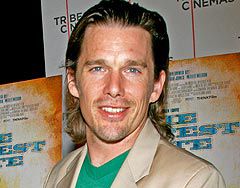 Fourth Child On the Way for Ethan Hawke 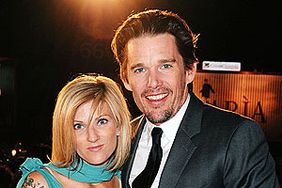 Ethan Hawke to Have a Fourth Child 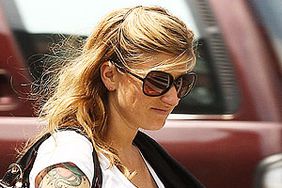