From three to four!

Erik von Detten and his wife Angela welcomed their second child, son Thomas von Detten, at 5 a.m. in Los Angeles on Thursday, March 18, a rep for the actor confirmed to E! News. The newborn weighed 7 lbs. and his name comes from von Detten's middle name and Angela's father's first name.

The Disney Channel alum, 38, who also starred in 2001's The Princess Diaries, told the outlet before his son's arrival that it was a "gift" to welcome a boy after already having a daughter, 22-month-old Claire Elizabeth.

"To have your first child be one gender and then the second child be the opposite gender, I think is just such a gift. Not to say that I'd be disappointed if I got another girl, but at the same time, I think it's going to be a phenomenal experience," he said.

Von Detten also joked that his wife is a "baby-making machine" who has seamless pregnancies.

"We literally just have to hold hands. Thank God she was born to have babies and she does great during the whole pregnancy," he said. "She doesn't get sick at all. Our first birth with our daughter, we got to the hospital at, like, 10 p.m. They gave her the epidural and then we went to sleep and she woke up and had the baby an hour later. It was the smoothest pregnancy."

Angela, who married the actor in August 2018, announced her pregnancy news in December on Instagram, writing, "Santa baby ... ❄️❄️❄️," alongside an ultrasound photo placed on holiday decorations. The Los Angeles realtor added that she's due in March, also using the hashtags #surprise and #babycomingsoon. 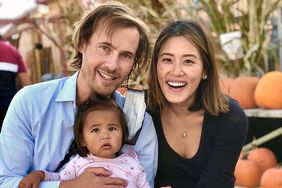 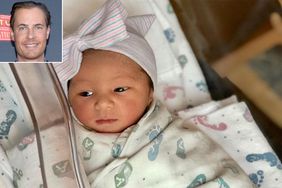