John Krasinski and Emily Blunt announced on Monday afternoon that they welcomed their second child, a daughter named Violet, in mid-June.

“What better way to celebrate the 4th… than to announce our 4th family member!!!” Krasinski wrote on Twitter. “2 weeks ago we met our beautiful daughter Violet.”

Violet joins big sister Hazel, who was born in February 2014.

The couple’s rep confirmed the pregnancy news to PEOPLE in January.

“The first pregnancy is the most self-indulgent thing in the world because you get massages and prenatal yoga and hypnotherapy CDs,” Blunt, 33, told C magazine in their April issue. “During this one I forget that I’m even pregnant. I’m hoisting a 2-year-old around!”

Blunt’s second pregnancy coincided with the shooting for her new movie The Girl on the Train, not unlike the timeline of her first pregnancy when she filmed Into the Woods — a role that made it easy to hide her growing baby bump.

“In a way, the part was the only one in Hollywood I could still have done, because it didn’t matter if I was a bit big — The Baker’s Wife eats a lot of buns!” she joked. “But by the end of the shoot, I was about seven months and hiding behind every tree in the woods.”

Emily Blunt on Expecting Her Second Child: 'I Forget That I'm Even Pregnant' 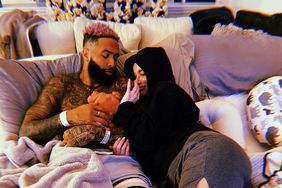 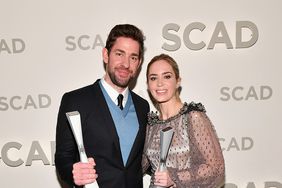 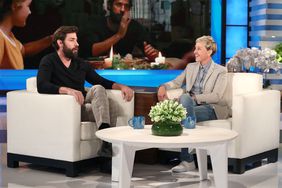 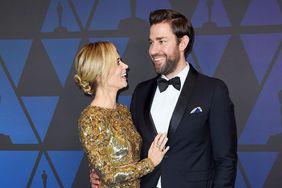