Marie Claire magazine, in a controversial move, has published a photoshopped picture of news anchor for ABC, Elizabeth Vargas breastfeeding a baby (which is suppose to be her son, Samuel Wyatt who was born August 16th) at the anchor desk. Vargas willingly answered questions for the magazine but did not agree to the photo that was published. Source close to Elizabeth said she was disappointed but took it with a sense of humor; "Elizabeth was more than happy to sit for the interview but was disturbed that the magazine would set aside basic journalistic standards to photoshop her head onto a fake image. Vargas did joke that her real baby is cuter, that she is proud to breastfeed her newborn but wouldn’t do it at the anchor desk and she wouldn’t be caught dead in that ugly gold blouse."

See the picture at the link! 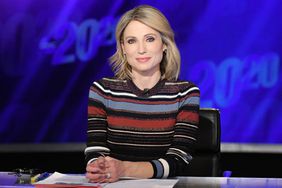