Elizabeth Chambers and her children have been living in the Cayman Islands since spring, without the kids' dad Armie Hammer since June

Elizabeth Chambers' son is on the mend after a "random," scary fall.

The television personality and BIRD Bakery founder, 38, revealed on her Instagram Story Tuesday night that 3½-year-old Ford Douglas Armand, her younger child with estranged husband Armie Hammer, "fell out of bed while he was sleeping and clipped his cheek on the bedside table."

"After hours of crying (both of us), excessive bleeding (so much blood), Hops becoming sick because she feels the way I do about blood, here we are," she added of herself and daughter Harper Grace, 5½.

"Thank you @drjasondiamond (who let me know we need stitches for my angel babe in the morning) and to my mom, dad and brother for being there. So much love for the parents who do it alone," Chambers concluded, adding a red heart emoji.

By Thursday morning, Ford seemed to be in good spirits as he played with a flashlight while sitting on his mom's lap, waiting to go into the "operating room" with a bandage on his cheek.

Armie Hammer Says Divorce From Wife Elizabeth Chambers Is "Seismic": It's Not "Painless"

Chambers has been living in the Cayman Islands with her children since the spring due to the ongoing coronavirus pandemic. (Hammer, 34, returned to Los Angeles back in June, the month before the pair announced their separation after 10 years of marriage.)

In a recent interview with British GQ, the Call Me by Your Name actor recalled being stuck with his family in the Caribbean islands, which went from a tropical paradise to "draconian lockdown."

Hammer admitted that he, personally, didn't handle the situation well, saying that he "came very close to completely losing" his mind while at his dad's apartment with his now-estranged wife, their kids and his father's wife.

"It was a very complicated, intense situation, with big personalities all locked in a little tiny place. It was tough, man. I'd never dealt with anything like that before in my life, so I didn't have the tools. It was just this thing that snuck up on everybody," he said.

The Social Network star added, "I don't think I handled it very well. I think, to be quite frank, I came very close to completely losing my mind. I just felt completely powerless. And I was on an island where the lockdown was so severe that mail couldn't even come in. I felt so intensely trapped, like a wolf who got caught in a snare and wants to chew his own foot off. I was just like, 'I can't do this. Get me out of here.' "

RELATED VIDEO: Elizabeth Chambers Says Her Daughter Is Five Going on 15: She Informed Me She Wants to Be "Cool, Not Elegant"

Chambers, meanwhile, revealed on Instagram last month that Ford and Harper had officially started their academic year in the Cayman Islands.

"A couple days late and my sad signs didn't survive the humidity or enthusiasm. BUT, Monday marked their second week of kindergarten and pre-k IRL in GC and the first day of Zoom Kindergarten for Hops at her school in LA," she captioned two cute snapshots of her kids celebrating their return to the classroom. "Happy back-to-school, whatever that means to you! ❤️"

The Vision Visor founder also shared a photo of Harper appearing to complete some of her school work to her Instagram Story, writing over the top, "I miss summer."

Overall, Chambers says she takes on a lot of responsibility when it comes to raising her two young children. "We have one chance to raise these humans," she told PEOPLE last month. "We have this very finite period of time to form them and to shape them, and their foundation is so incredibly important." 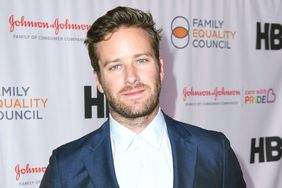 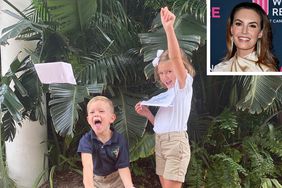