Elizabeth Chambers Says Her Daughter Is 5 Going on 15: She Wants to Be 'Cool, Not Elegant'

Elizabeth Chambers, mom to daughter Harper and son Ford, has been living with her children in the Cayman Islands since the spring due to the ongoing coronavirus pandemic

Elizabeth Chambers' 5½-year-old daughter Harper Grace is already taking her style into her own hands.

Chambers, 38, discussed "fashion faux pas that I hope my kids don't repeat" for PEOPLE's Celeb Moms Get Real and revealed that she can see her young daughter going through a "grunge phase" similar to the style she once rocked in the 1990s.

"She has so many beautiful dresses from all around the world, and dresses that my mom has hand smocked and spent hundreds of hours on, and she has informed me recently that she would like to just be cool and not elegant," says the television host and BIRD Bakery co-founder, who also shares son Ford Douglas Armand, 3½, with estranged husband Armie Hammer.

Chambers, who has been living in the Cayman Islands with her children since the spring due to the ongoing coronavirus pandemic, continues, "So I explained to her that no one ever regretted being elegant and she said that she had — she regrets being elegant and she would just like to be cool from now on."

Chambers says that Harper is "5 going on 15," adding that though she would like to "nip that in the bud," she thinks it's important for her kids "to express themselves."

"I can tell that she's really feeling herself when she's wearing her jean jacket with some holes in it," shares the Vision Visor founder. "So we're going to go with it for now and we'll see how that all turns out."

In addition to requesting a "cool" wardrobe, Chambers says Harper "is a full sleeping beauty" when it comes to waking up for school in the mornings.

"It takes an act of Congress to wake her up," she jokes. "So I have to put on her favorite music, we have to have a full dance party, that's what it takes to get going in the morning. My biggest parenting fail is not necessarily being on time to school every day."

Overall, Chambers says she takes on a lot of responsibility when it comes to raising her two young children.

"We have one chance to raise these humans," she says. "We have this very finite period of time to form them and to shape them and their foundation is so incredibly important." 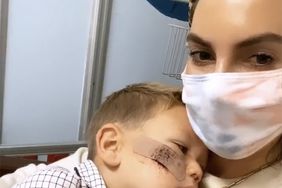 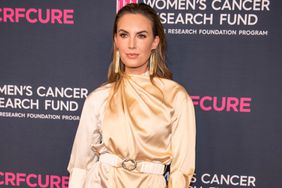 Elizabeth Chambers in 'Really Great Place' with Armie Hammer amid Divorce: 'We Talk All the Time' 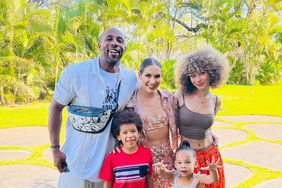 Allison Holker on the 'Beautiful Chaos' of Back to School with Her Kids: 'Thriving' 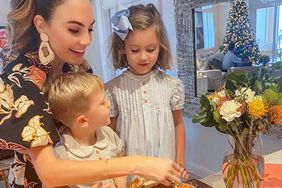