Turns out it was a baby boy after all!

“Mom and son (and dad) are doing great!” the rep shares.

McBride, 34, announced the pregnancy in April, joking that he “had never impregnated someone before, so I didn’t really realize what they teach you in health class is actually true.”

Eastbound and Down returns to television in January with the season three premiere on HBO. 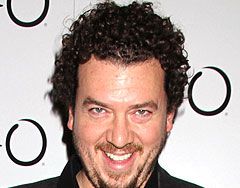 Danny McBride to Be a Dad

Baby On the Way for Danny McBride