"You want to talk about strength and courage, my 12-year-old has way more than I have," the former Miami Heat star said on Showtime's All the Smoke podcast Wednesday

Dwyane Wade is candidly revealing how he has changed as a parent and a person to better support his child Zion Malachi Airamis grow up.

“I watched my son, from day one, become into who she now eventually come into,” the former Miami Heat player, 37, said about the 12-year-old on Showtime’s All the Smoke podcast Wednesday.

“And for me… nothing changes in my love. Nothing changes in my responsibilities. So, all I had to do now is get smarter educate myself more. And that’s my job,” Wade — who is also father to Kaavia James, 13 months, Xavier Zechariah, 6, Zaire Blessing Dwyane, 17, and is guardian over nephew Dahveon Morris, 18 — added.

The proud father said Zion and all his children inspire him.

“First of all, you want to talk about strength and courage, my 12-year-old has way more than I have,” Wade said on the podcast. “You can learn something from your kids.”

The NBA star added that he and wife Gabrielle Union “talk about making sure our kids understand the power in their voice.”

“We want them to be whoever they feel that they can be in this world. That’s our goal. Understand you can be whoever and you can be whatever,” he continued, adding that that comes with helping them navigate not only sexuality, but growing up as “a young black man.”

In addition to having open conversations, Wade said it was also critical to look inside yourself and examine your possible reactions or prejudices.

Wade also addressed his response to the wave of backlash his family received after a family photo showed Zion dressed in a crop top with long painted nails as they celebrated Thanksgiving this year.

“I’ve seen some post-thanksgiving hate on social about my family photo. Stupidity is apart of this world we live in—so I get it. But here’s the thing — I’ve been chosen to lead my family not y’all. So we will continue to be us and support each other with pride, love & a smile!” the retired NBA star wrote on Twitter at the time.

Dwyane Wade Says Going for Full Custody Was ‘Tough’ But ‘Beneficial’ for Kids: ‘They Needed Me’

On Wednesday, Wade said that he feels a responsibility to speak up for “a lot of people that don’t have the same voice that I have.”

“I’m speaking for so many others in the LGBTQ+ community,” Wade said.

Dwyane Wade Says Going for Full Custody Was ‘Tough’ But ‘Beneficial’ for Kids: ‘They Needed Me’

Wade went on to say that it’s the people who don’t understand others’ uniqueness are the ones who are “different,” and that members of the LGBTQ+ community are “normal.”

The athlete added that he doesn’t care what his children want to do in life, he just wants to be there to support them along the way.

“You want your kids to be free and living their lives. And I don’t care what you want to do from this standpoint. If you want to play a sport, then play a sport. You don’t have to be like me. Play your sport and be yourself,” he said.

“You know, whatever you want to do, it’s my job to support you and make sure that you have all the tools you need to be as happy as you can be in this world while you’re doing it. While you’re growing into the person you are, that you’re going to grow into. So, they’re not different, they’re normal. The ones that don’t understand it are the ones that are different.”

A rep for Wade did not immediately respond to PEOPLE’s request for comment. 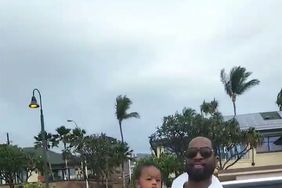 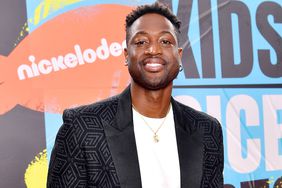 Dwyane Wade Says LGBTQ People 'Are Normal': 'The Ones That Don't Get It' Are Different 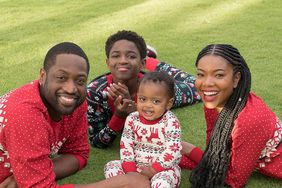