Dwayne Johnson can’t stop gushing about becoming a father for the third time.

The Jumanji: Welcome to the Jungle actor spoke about his unborn baby, a girl, on Jimmy Kimmel Live! Tuesday night.

The baby will be Johnson’s third child, so he joked with host Jimmy Kimmel, “I’ve got strong swimmers, Jimmy.”

“I feel good,” Johnson continued, referring to having a house full of women. “I was raised by women all my life, basically. And this is my third daughter. [I’m] surrounded by estrogen. Bring on the estrogen!”

Johnson also revealed that before he and girlfriend Lauren Hashian announced that they were expecting together for the second time — the actor has an older daughter Simone Garcia Johnson, 16, from a previous relationship — only a handful of people knew about the pregnancy.

“Maybe five people knew [about the pregnancy],” he said. “The information was tightly locked down. We set out to create the [Instagram] post announcing the pregnancy — and it was the same day as the [Jumanji] premiere — and all afternoon and night the phone was blowing up.”

Johnson announced the baby news on Monday with a little help from the pair’s daughter Jasmine Lia, who turns 2 on Dec. 16.

“Our Jasmine Lia would like to make a big announcement – IT’S A GIRL,” the former WWE star captioned a photo of his toddler posing in front of the family Christmas tree with a sign that “It’s a Girl! Can’t wait to be a big sister! And finally be the boss!”

He concluded the caption, writing, “@laurenhashianofficial and I are boundlessly grateful for this blessing as this spring we’ll welcome our second baby. Plus, Jazzy is excited to boss around and protect her lil’ sis. And once again, big daddy is completely surrounded by beautiful estrogen and loving, powerful female mana. All girls. One dude. And a boy dog. I wouldn’t have it any other way. #ItsAGirl #GratefulMan #TequilaTime.”

Hours after they revealed the news, the couple stepped out for the Los Angeles premiere of his new film at the TCL Chinese Theatre. The couple looked happy and in love, with Johnson lovingly placing his hand on his partner of a decade while singer/songwriter Hashian cradled her baby bump. 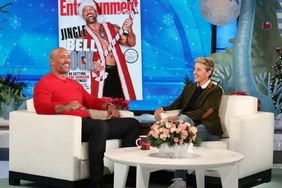 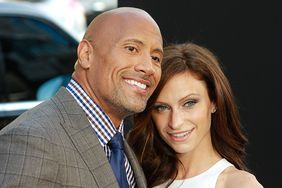 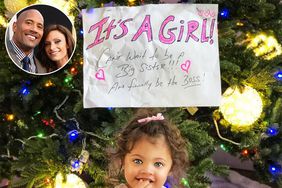 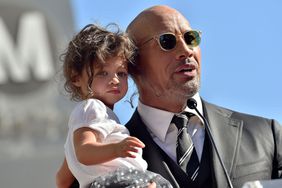 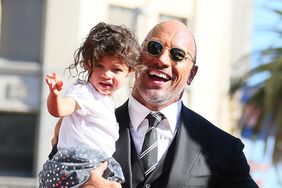 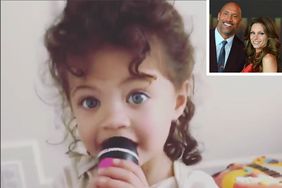