Barrymore shares Olive, 8, and Frankie, 6, with her ex-husband, Will Kopelman

Drew Barrymore's kids are not the biggest fans of her filmography.

In a conversation with Hugh Grant for the SAG-AFTRA Foundation, the talk show host, 45, said that her two daughters — Olive, 8, and Frankie, 6 — just haven't connected with any of her roles at this point in their lives.

"They call them 'mom movies,' " she told Grant.

When Grant, 60, asked if they enjoyed the film in which he and Barrymore had costarred, Music and Lyrics, she had some disappointing news.

"You know, I don't think they've seen it, crazy enough," she said.

Grant shook his head in disbelief, adding, "That is insane."

She admitted they have seen a few of her films, including 50 First Dates, Never Been Kissed, and E.T., but they gave each a thumbs down.

The girls may be in for a "mom movie" marathon, though, as Barrymore said she thinks it's time they see some of her work.

"I think I'm going to force them to watch it," she said of Music and Lyrics.

The Santa Clarita Diet star added that she isn't too worried about their lack of interest just yet.

"This is like phases of their life," she said. "They'll come around."

Barrymore shares Olive and Frankie with her ex-husband, Will Kopelman.

On Valentine's Day, the daytime talk show host posted a sweet gallery of snapshots on Instagram featuring throwbacks of family members and her daughters, who rarely appear on her social media.

In September, Barrymore explained to PEOPLE why she chooses to keep her children out of the spotlight while also being open and honest about her personal life.

"My life with my children, my feelings, that's all on the table — but [Olive and Frankie themselves] are not," she said at the time. "Because of my life experiences, I'm not selling my brand on my kids. I won't do it. But to ignore that part of my life would make me an automaton. So it's really inventive to figure out how to bring them into the omelet and fold it in, in a way that feels appropriate for me." 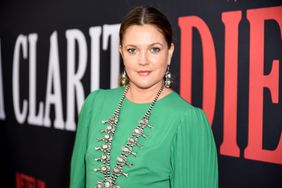 Drew Barrymore Reveals Which of Her Movies Her Daughters Enjoy Watching: 'It's Really Sweet' 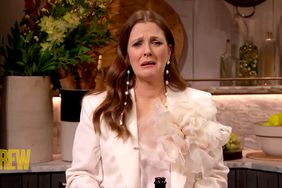 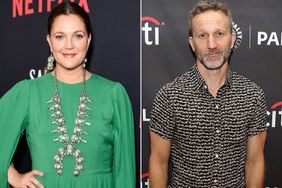 Drew Barrymore on Setting Boundaries with Her 2 Daughters: I'll 'Never Be Their Friend' 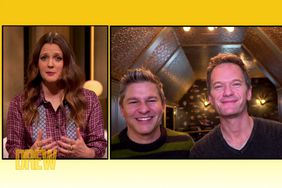