Drew Barrymore is gearing up for Baby No. 2!

The very pregnant actress celebrated the impending arrival of her second child at a star-studded, coed shower over the weekend in Los Angeles, PEOPLE confirms.

Barrymore’s longtime celebrity pals Cameron Diaz, Reese Witherspoon and Gwyneth Paltrow, along with her husband, Will Kopelman, fêted the star, who is expected to give birth in the next two weeks.

“Drew had a blast,” a source tells PEOPLE, adding that the 39-year-old is “so ready for this baby!”

The Charlie’s Angels star and her husband are already parents to 16-month-old daughter Olive. She revealed that she is expecting another girl in December at the 2013 Beauty Inc. Awards, where she received an award for her cosmetics line FLOWER.

Barrymore has kept busy even as she counts down the days until she becomes a mom for a second time. On April 5, she attended the Safe Kids Day event in Los Angeles with first-time mom-to-be Ciara, 28. In March, she enjoyed a girls’ getaway in Napa Valley, Calif., with BFFs Witherspoon and Diaz and other pals.

She told PEOPLE she has been more relaxed during this pregnancy now that she knows what to expect.

“It is easier because when you’re first pregnant you’re just terrified of every single thing that’s happening, so this time you’re busy, you’re focusing on the kid, the time goes a little bit faster not a lot faster, but it helps,” she told PEOPLE while promoting her new book Find it in Everything at Godiva Chocolatier in Los Angeles in January.

She has also been helping Olive prepare for life as a big sister. “She points to my stomach and says ‘baby’ and she’s actually feeding her little baby doll with the bottle so that’ll be good practice,” she says. “Maybe she’ll be able to feed her sister. She just really loves babies and kids.” 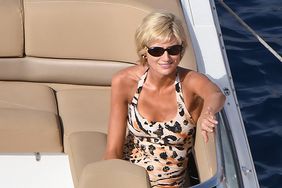 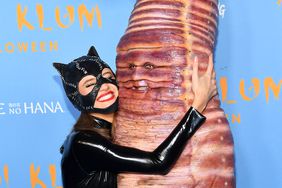