The Food Network star, 47, is sharing the first adorable photo of her “two little miracles”— son Noah Christian and daughter Emma Mariella — in this week’s issue of PEOPLE.

The chef and her husband Allan Stewart, 49, welcomed Emma and Noah on Oct. 20 following an emergency C-section at 35 weeks. The twins spent eight days in the NICU but are now “doing really well,” Arpaia confirms.

Arpaia and Stewart are already parents to son Alessandro, 7, who inspired the couple to give in vitro fertilization one more try after multiple failed rounds when he told them of a dream he had about having twin siblings.

“Even though he wished for these babies, you wonder when they come home if he’s going to change his mind,” says the owner of New York’s Prova Pizzabar. “But he’s just in love with them. No jealousy or anything so far. It’s been great.”

Last year, after a difficult journey toward expanding their family, Arpaia and Stewart were about to stop trying and consider adoption. Then Alessandro woke them up one night to share his dream. “He said, ‘God told me that you’re going to have two babies,'” recalls Stewart, the chief of cardiac surgery at Miami Cardiac & Vascular Institute, who has two children from a previous marriage. “‘They’re going to be a boy and a girl, and their names are going to be Noah and Emma.'”

Though Arpaia wasn’t on board with her son’s name suggestions at first (she wanted Valentina and Marco initially), now she says, “I can’t even picture them with any other names.”

Roselyn Sanchez on Getting Pregnant at 44 After More Than 6 Rounds of IVF: This Was “My Last Attempt”

She’s also come around to the new minivan she purchased in advance of the twins’ birth.

“Oh how the mighty have fallen. I went from Lamborghini to minivan in under six years,” she tells PEOPLE with a laugh. “I know it sounds cheesy but it’s like having my own living room in there. I love it! It’s very comfortable.”

This time around, Arpaia hired help and is “trying to be kinder” to herself about her postpartum body.

“There’s something to getting older and being pregnant,” she says. “You’re a little more comfortable in your own skin.”

For more from Donatella Arpaia on her new twins, pick up the latest issue of PEOPLE, on newsstands Friday. 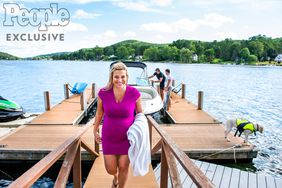 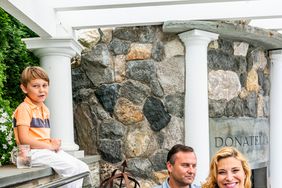 Donatella Arpaia's Son Dreamed About What She Should Name Her Twins — But She Has Other Plans! 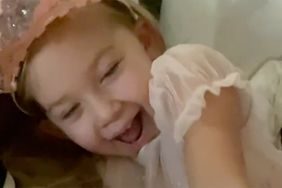 Donatella Arpaia, 46, Was in 'Disbelief' Over Pregnancy with Twins After Multiple IVF Failures 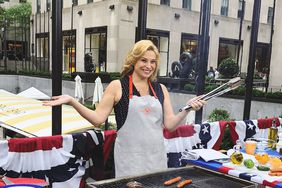