On Tuesday, DJ Khaled shared the first photo of his newborn son on Instagram.

“Brothers! Asahd! And Aalam!” Khaled, 44, captioned the post, which shows his 3-year-old son Asahd in bed — nestled against an array of pillows — sweetly looking down at his baby brother, who is lying next time him, swaddled in blankets.

Khaled previously revealed the newborn’s moniker during his acceptance speech for best rap/sung performance at the 2020 Grammy Awards on Sunday night.

“First of all, God is the greatest, thank you God,” began Khaled who accepted the award for “Higher” alongside John Legend. (The late Nipsey Hussle was also featured on the track.) “This is for Nipsey Hussle. This is for hip hop.”

“I want to thank my beautiful queen Nicole [Tuck]. I just had a new baby boy a week ago,” he continued, going on to share his newborn’s moniker and explaining, “It means ‘the world’ in Arabic.”

DJ Khaled Welcomes His Second Son: ‘Another One!’

“And I also want to big up my other son, Asahd,” Khaled added of his older child, who turned 3 in October. “I love you so much. Daddy’ll be home [soon].”

Khaled announced his son’s birth on Jan. 20, through a series of photos of the new father of two posing in the hospital delivery room with Tuck’s physician, Dr. Jin.

“DR JIN said you ready ??,” Khaled captioned the first picture of Dr. Jin — dressed in her scrubs — comforting the musician, who appeared stressed out.

A photo of Khaled praying with his eyes closed followed, as well as a picture of the “I’m the One” singer looking off in the distance, with Tuck’s hospital bed in the background.

Eventually, Khaled shared the good news with a picture of himself and Dr. Jin smiling and high-fiving. “THANK YOU ALLAH! THANK YOU MY QUEEN NICOLE! BLESS UP DR JIN! ??,” he wrote, ending with one of his signature catchphrases: “ANOTHER ONE !!!!!!!!!!!!!!!!!!!!”

Who’s Due Next? Britt, Alyssa, Ashley and 49 More Celebs Who Are Expecting

Khaled and Tuck announced their baby on the way in mid-September with a video taken during Tuck’s sonogram appointment. “Asahd, look at your brother! That’s your brother,” Khaled said in the footage. “God is great.”

“Asahd, you’re about to have a brother,” the hitmaker later added.

“Daddy, another one,” the little boy said adorably in the clip, referencing his dad’s famous tagline. 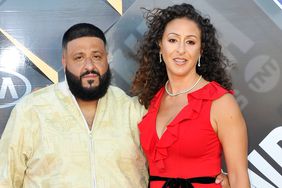 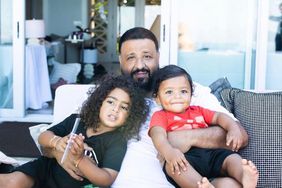 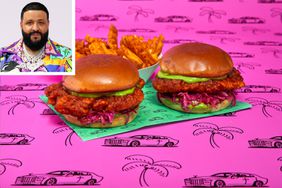 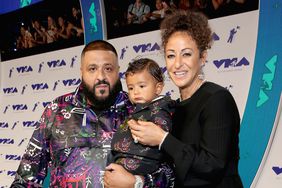