Like most 3-year-olds, Cruz David Beckham — who made headlines earlier this week for his break-dancing skills — just can’t seem to make up his mind! Seemingly torn between Toy Story and Spiderman when it came time to celebrate his birthday on Wednesday, Cruz did what most toddlers his age would do: He did both!

OK! reports that Cruz arrived to his Spideman-themed birthday party, including a Spiderman cake, at the Hard Rock Cafe in Washington D.C. dressed as none other than Buzz Lightyear. His mom, Victoria Beckham, was in town with the Spice Girls as they wrap up their worldwide tour. The magazine reports that each of Victoria’s bandmates attended along with their own children; The ‘Spice Babies,’ as they are called, were "very polite and well-behaved" onlookers said.

The Spice Girls have seven children between the five of them (Mel C is the only one without a child). Geri Halliwell has daughter Bluebell Madonna, 21 months, Victoria Beckham has Brooklyn Joseph, 8 ½ and Romeo James, 5, in addition to Cruz, Melanie Brown has Phoenix Chi, 9, and Angel Iris, 10 months, and Emma Bunton has Beau Lee, 6 months.

Melanie Chisholm is ready to have children 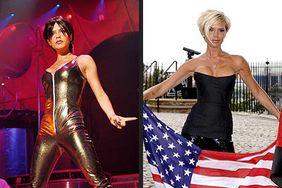 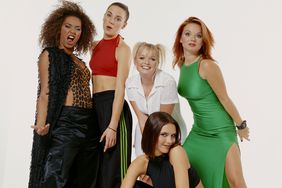