"Can't believe my beautiful baby girl is 17!!!! Time flies by so fast, so amazed the beautiful young woman you've become," she captioned the photo

The actress, 50, shared several photos of the birthday girl, Sam, on Instagram Wednesday, including a snap of the PEOPLE Magazine cover announcing her birth!

"Can't believe my beautiful baby girl is 17!!!! Time flies by so fast, so amazed the beautiful young woman you've become," she captioned the photo.

"Although a part of me would give anything to have those years back when you were little. I cherish those precious moments. I love you so much Sami girl. I'm so proud of you. You're beyond beautiful inside and out and so compassionate. I love you my Sami💕 Happy Birthday 🎂"

Richards shares Sami with ex-husband Charlie Sheen. The pair have another daughter together, Lola Rose, 15. Richards adopted her third daughter, Eloise Joni, 9, in 2011.

In 2019, Richards opened up to PEOPLE's Celeb Parents Get Real about the values she holds near and dear to her heart when it comes to raising her children.

"I think that my daughters will tell you that I'm a strict parent," shared Richards, who previously revealed she had installed security cameras outside her home to prevent Sam from going out to meet with boys without her permission.

"I definitely have rules and boundaries and there's consequences," Richards said, adding that she doesn't let her daughters "do whatever they want."

While the Bravo star admitted that one of her daughters can be "extremely headstrong," she said she recognizes the positive values in that character trait as well.

"My father said, 'It might be challenging right now, but when she's an adult, you are going to be so grateful because she is going to be one strong woman,' " she explained.

"And that's when I was like, 'Okay, that's my daughter,' because I'm pretty sure I was probably very similar with my parents," Richards added. 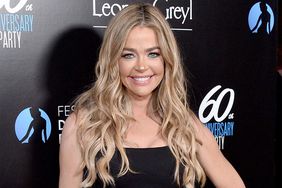 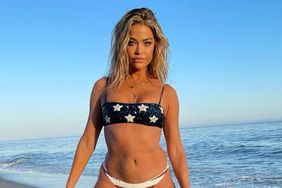