Denise Richards: My Daughters Want to Adopt When They Grow Up

The actress says she's proud of Sam, 8, and Lola, 7, for embracing their baby sister, Eloise

Adopting a child into an already established family can be challenging. But for Denise Richards, adopting baby Eloise has been a seamless transition, thanks in large part to her daughters Sam and Lola.

“To be honest, I didn’t want to involve them that early,” she said of her 7- and 8-year-old daughters.

“But when you go through the adoption process you have to do a home study, and they have to talk to [your] children, and I didn’t want to talk about it with the girls that early, because it was two years before the adoption came through,” she said. “I wanted to keep it private, and in our family. I’m actually glad, because it turned out to be a good thing.”

Richards has already said that Eloise could not ask for better older sisters, but she tells PEOPLE that her decision to adopt came from a maternal instinct, that, despite being a single mother, could not be ignored.

“I felt like I wasn’t done having children, and I’ve always wanted to have a large family,” the 30 Rock guest star, 41, said during Carbon Audio’s Zooka Launch Party at Hollywood’s Soho House. “And so after my divorce I felt like, ‘Oh well, I’m sure I’ll soon enough get remarried and have my family [grow]’, and that wasn’t in the cards at the time, so I decided to expand my family on my own.”

Little did the actress know that Sam and Lola would play major roles in the evolution of her family.

“They want to adopt when they get older and become moms,” Richards says. “I’m so very proud of them that they’ve really embraced Eloise. They’re so protective of her, they play with her, they love watching her grow and change, and so far I haven’t seen any jealousy.”

Although Richards is delighted with her daughters’ ability to adapt and support, she points out there may be some room for improvement.

“They’re the best big sisters,” she says with a laugh, “but they still haven’t changed any diapers.” 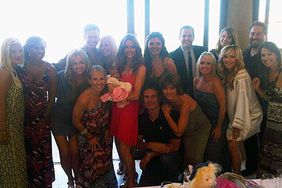 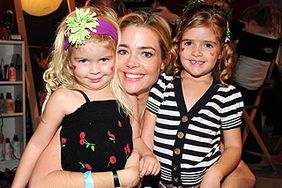 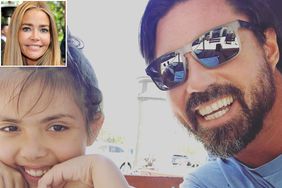 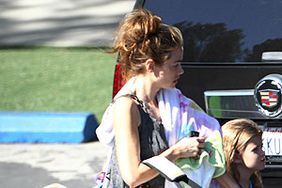 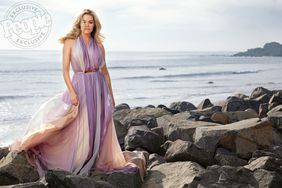