Dax Shepard is getting real about the time he came to his wife Kristen Bell's aid during an uncomfortable breastfeeding experience.

In a clip from Wednesday's episode of The Drew Barrymore Show, the talk show host asks the couple about when Shepard had to nurse out a breastfeeding clog that Bell encountered when she had mastitis. Bell first discussed the experience with Katie Lowes on her Daytime Emmy–nominated series Momsplaining with Kristen Bell back in 2018.

"Let's just say that I extracted mastitis and we'll leave everyone's imagination to wander," Shepard told Barrymore. "Let me also add that it is not easy and not rewarding."

"I mean it is to know that you helped your partner but other than that it's where the rubber meets the road. It's down in the trenches you know?" the father of two added.

Despite the unconventional experience, Bell told Barrymore that it made her "realize the level of commitment that this man had to me."

When the Frozen actress — who shares daughters Lincoln, 8, and Delta, 6½, with her husband — initially discussed Shepard's help in 2018, she recounted, "I said to my husband, 'I really need you to suck this out. We could talk about it, we could be weird about it, or you could just go ahead and nurse.' He pulled it out. He had a cup next to him. He was pulling out and spitting into this cup, and I've never been more in love in my life."

Last month on an episode of Momsplaining, she chatted with Lowes for a second time about the experience and reiterated that the method is useful.

"It works!" said Bell, as Lowes said, "I know. I've asked my husband and to be honest with you guys, Adam has never had to nurse out a clog but he has said numerous times, 'I would do it.' "

"Because that's my boy right there!" Bell responded while the Scandal alum clapped. 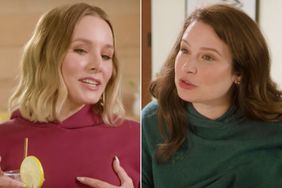 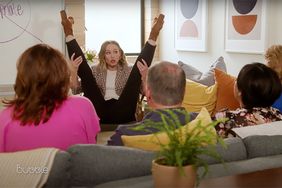