David Nail and his wife Catherine have welcomed their third child together, daughter Ellie Britton Nail.

"Mother and baby girl are both well, and we are just over the moon with this new addition to our family. Her brother and sister are both looking forward to her arrival home from the hospital," Nail tells PEOPLE. "This is our third successful IVF baby, and we thank God for blessing us once again."

Adds Cat, "My wishes of a VBAC were successful and it was just the most magical experience and proof of a powerful God, whose power is made perfect in our weakness. David was such amazing support and cried harder at her birth than I did. Thank you all for the prayers. She is a dream baby."

David Nail on Parenting Twins: "There's Just Nothing That Can Prepare You for How Patient You Have to Be"

The "Let It Rain" singer, 41, announced that he and Catherine were expecting back in April after months of fertility difficulties. "After an unsuccessful [in vitro fertilization] attempt last summer, we tried again this past winter and were elevated to experience another miracle," he told PEOPLE at the time.

"We tried so long to have kids before we were blessed with the twins," Nail said of his two older kids, whom they welcomed via IVF in December 2016. The couple shared their pregnancy news alongside a photo of the soon-to-be family of five, posing outdoors on the grass together.

The David Nail & The Well Ravens frontman opened up about their journey to parenthood in July 2016, discussing the fertility struggles he and his wife went through on their years-long journey toward expanding their family.

"A lot of what we dealt with had to do with me," Nail said in a video leading up to the release of his album Fighter. "As a man, you definitely don't want to hear that."

The "Night's on Fire" singer also recalled his thoughts behind their decision to transfer two embryos, regardless of the risk and difficulty involved in potentially having and raising twins.

" 'It's been this difficult … if we are so lucky to have two, it may be the only two we ever get,' " Nail remembered saying.

Though he admitted it got to the point where it felt "like everything was stacked against" the couple, the time and effort involved in trying multiple procedures was worth it — for both of them.

"[Catherine] had dreams to be a mother, and would always tell me that's what she was born to do," Nail said at the time. "So in whatever way I was [contributing to that not] happening was beyond frustrating." 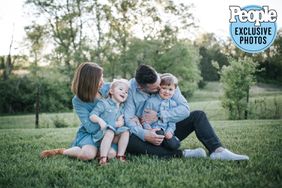 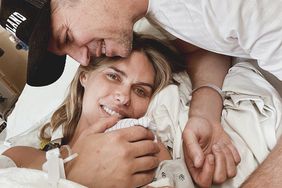