Keep the babysitter on speed dial, because baby No. 2 is here!

Jagger, who was born in Los Angeles, is the second child for the couple. Their first son, Carter Davis, was born in February 2017.

Gross and Harris, 41, got engaged in 2013, and married the following year.

Harris announced her second pregnancy on Instagram on her birthday in June, showing off her baby bump in a beautiful maternity photo.

She captioned the reveal snapshot, “Carter is going to be the best big brother:) Motherhood is such an incredible journey, it makes me feel like a warrior princess!”

Her last Instagram photo before giving birth showed her shirt pulled up to reveal her bare bump, where Harris shared she was “#dueanyday” and wrote, “The struggle is real.”

Harris conceived both children through in vitro fertilization. In June, her manager Judy Fox told PEOPLE exclusively that baby No. 2 was “another IVF miracle” due Oct. 10.

Fox added that Harris and Gross “are grateful that modern science gives them the family they have always yearned for. Now they finally feel complete!”

The actress is known for her work in horror franchises such as Halloween and Hatchet, and for giving voice to teenage angst as Debbie on The Wild Thornberrys.

Entertainment Tonight was first to report news of the birth. 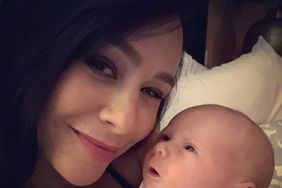 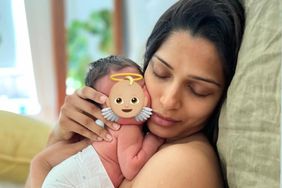 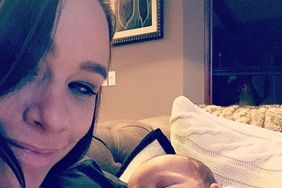