On Saturday, Rider Strong shared a photo of himself, Fishel, 37, and Boy Meets World cast members Ben Savage and Will Friedle on Twitter, captioning the photo, “Boy Meets Baby Bump(s).”

In the adorable picture, Fishel, who is expecting her first child with husband Jensen Karp, wears a black dress and a denim jacket and cradles her growing baby bump. Surrounding her in coordinating outfits, Strong, Friedle and Savage all place their hands on their own bellies.

Fishel shared the same photo to her Instagram on Saturday, writing, “Sure this was funny – but only one of us is taking 25 bathroom breaks a day.”

This isn’t the first time that pregnant Fishel has reunited with her former castmates. In March, the four actors reunited with William Daniels, who played beloved teacher Mr. Feeny on the show, at the 2019 Emerald City Comic Con in Seattle.

Fishel shared a photo of the bunch huddling together on Instagram, showing the actors gathering and standing around 92-year-old Daniels.

In the caption of the picture, Fishel riffed off of Mr. Feeny’s famous advice (“Dream. Try. Do Good.”) with her own cheeky caption: “Dream. Try. Do Cons.”

Savage, Fishel, Strong, Friedle and Daniels all reprised their roles in June 2014 for the Disney Channel series spinoff Girl Meets World. The show ended in January 2017.

For her January pregnancy announcement, Fishel shared a snapshot of three pairs of Nike sneakers to reveal she and Karp are expecting their first child, a boy.

“I cry at commercials. I’m a walking cliché. I’ve got baby apps. I’m confident. I feel inadequate,” she continued. “I’m showing one day and the next I’m not. I’m nervous. I’m excited. He’s due in July. We can’t wait. #BabyKarp2019.”

Since sharing their happy news, the mom-to-be has posted multiple photos of her growing baby bump on social media, including ones of her during a recent outdoor photo shoot and in gorgeous locations like on the beach.

Her latest post, shared earlier this week, showed Fishel and her husband cradling her belly while posing with their pets, a Maltipoo rescue dog and a cat.

“We tried to get the whole (fur) family involved but *someone* may have needed a bribe,” joked the actress. 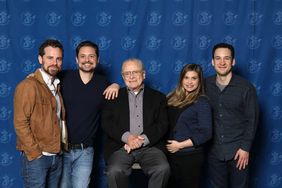 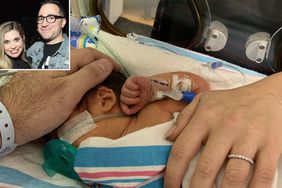 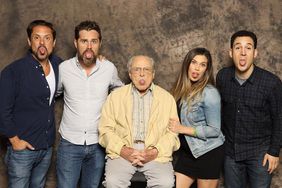 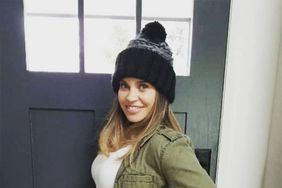 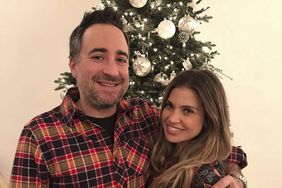 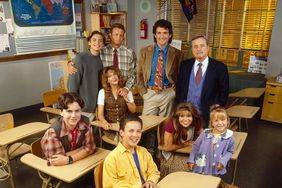 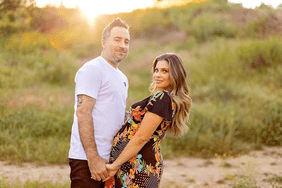 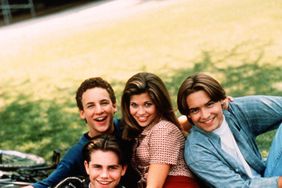