The clothes! The carriage! The cake! See how the DWTS champ celebrated his impending arrival

With a daughter on the way in mere weeks, Dancing with the Stars champ J.R. Martinez, 28, and girlfriend Diana Gonzalez-Jones, 29, are getting ready for the pitter-patter of little feet. Forty of their close friends and family helped them prep for parenthood with an English-tea-themed baby shower in the Hollywood Hills on March 17.

The shower was held on St. Patrick's Day, but pink won out over green as the expectant couple showed off a few of the frilly pieces for their firstborn's wardrobe. "We are really excited to see her wear all of the clothes she received, especially the dance dress that I can picture myself teaching her the Samba in," Martinez said.

In Los Angeles, of course, it's all about your ride – and the future baby Martinez will be turning heads in a stroller that looks as pretty as a Porsche.

The highlight of the event: A teary Martinez and Gonzalez-Jones reading the messages of joy that guests wrote in a book for their future arrival, due in May.

Now that he'll be outnumbered by the gals in his family, Martinez has given up his hopes of turning part of his home into his personal den. "With all of the wonderful gifts we received at the baby shower, my man-cave dreams are out the window," he said.

Baby wasn't the only one to receive goodies – Papa picked up a handsome set of dark-blue scrubs he can wear to the maternity ward when the time comes. And just in case anyone wonders whether he's there as a doc, the message in back will set them straight. 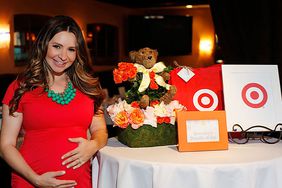 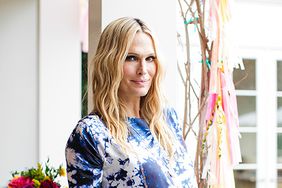 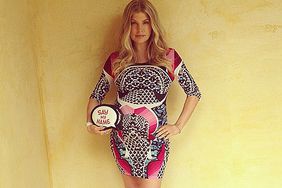 The Celeb Guide to Throwing a Baby Shower 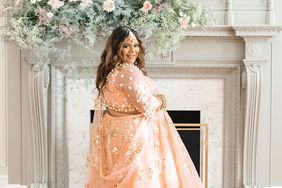