"She wasn't able to see a picture of our babies or hold them in her arms before she died," Carlos Morales tells PEOPLE

It was supposed to be the happiest moment of their lives. Carlos Morales kissed his wife Erica and told her he loved her just minutes before she delivered their quadruplets.

Tragically, it would be the last time he would ever see her alive, Morales tells PEOPLE.

Pregnant with four babies conceived through IVF, Erica, 36, went into labor at seven months on Jan. 15. Doctors prepared to deliver the babies by C-section.

“We were so excited to start our family,” Carlos, 29, who works in manufacturing in Phoenix, Arizona, says. “And then it all came crashing down.”

All four babies – three girls, one boy – were safely delivered. But Erica went into hypovolemic shock, an emergency condition where one experiences a severe amount of blood loss. She died at 1:50 a.m. on Jan. 16, before she even had a chance to hold her newborns in her arms.

Carlos and Erica met at a nightclub in Scottsdale, Arizona, in 2006.

He only found out later that Erica, a real estate agent, ended up throwing out a piece of paper he gave her that night with his number scribbled on it.

But through mutual friends, they saw each other again, and this time, they didn’t part ways.

He knew right away he wanted to marry her. Erica learned Spanish, Carlos learned English, and in 2007 they got married in Las Vegas.

“We also really wanted to have a baby,” says Carlos. “So we started to try right away.”

After experiencing a miscarriage, which Carlos says “was beyond devastating,” they found out Erica was pregnant last June after undergoing fertility treatment.

“We couldn’t have been more excited to finally have a baby,” he says. “Erica was taking such good care of herself.”

When she went for her first sonogram, she found out she wasn’t just having one baby, but four.

“Her doctor told her she had to just relax,” Carlos says. “So that’s exactly what she did.”

Carlos cooked, cleaned and made sure Erica stayed off her feet. Erica’s mother move into their house to help them.

Doctors closely monitored Erica, who was healthy throughout her pregnancy.

On Jan. 12, Erica was checked into the hospital because she was experiencing high blood pressure.

It was on Jan. 15 that she texted Carlos when he was at work saying the doctors wanted to deliver the babies.

“The doctor said she was having too many contractions so it was time to deliver the babies,” Carlos says. “We took pictures before she went into the delivery room, made some videos, and she was surrounded by family and friends. I said to her, ‘Let’s get these babies out.’ ”

The couple also discussed names. They settled on Carlos Jr. for the boy and Tracey and Paisley for the two girls. Erica couldn’t decide on the other girl’s name. They thought they had plenty of time to figure it out.

“‘We can decide after she’s born,’ ” Carlos recalls Erica telling him.

Some 24 people – doctors, nurses, family and friends – were in the delivery room when the babies were born. Each weighed from two to three lbs. For Carlos, it was the moment of a lifetime.

“I forgot about how expensive it was going to be to raise four kids or how hard it might be,” he says. “Seeing Erica and the babies healthy is all I could think about. I was just so excited for our future.”

Erica, who was coming out of an anesthesia-induced sleep, squeezed her husband’s hand. She couldn’t yet speak. Carlos sat by her bedside, with their newborn babies in the nursery one floor away.

Suddenly, around 1 a.m., Carlos heard equipment alarms going off and saw nurses rushing into the room. The medical team asked him to leave while they worked on Erica.

An hour later, they told him she was gone. He heard their words but couldn’t understand.

He still asks himself every day if there is something he could have done to keep his wife alive.

“I went from having the best day of my life to the next morning experiencing the worst day of my life,” Carlos says. “My four babies came into the world and then my wife died.”

When he was sitting by his babies in the middle of the night after she passed away, the nurse asked him what the babies’ names were.

Carlos gave the nurse the three names they had agreed upon. The other girl’s name he chose himself: Erica.

Living for His Children

Carlos continues to grieve for Erica every waking minute. She lives in his dreams. The one thing that keeps him going: The babies.

Carlos Jr. and Tracey are already home; Paisley and Erica are still in the hospital. Carlos goes to visit them every day while his mother-in-law cares for the babies at home. At the hospital, Carlos is also a student, paying close attention in the free baby-care classes it offers.

“I’m learning everything from how to give them a bath, CPR, feeding, and how to manage their sleep schedule,” he says. “I need to be prepared.”

“Everything I do now is for my children,” Carlos, who will return to work, tells PEOPLE. “Our family and friends have been very supportive too.”

One friend, Nicole Todman, created a GoFundMe page where people can donate.

It’s hard for Carlos to think of the future when he still can’t understand the past.

“When I’m alone at home I still tell myself that I hope I’m dreaming,” he says. “Erica was the most special person in the world and she should be here to love her babies.”

Just recently he found a note that she had written on her iPad.

She had jotted down her dreams for her children to go to college, speak both English and Spanish and to have good jobs.

“I will try my hardest to make sure that happens,” he says.

And he draws comfort from his Catholic faith. He knows when he held all four babies for the first time after they were born, Erica was looking down on her family from heaven.

“She always used to do this happy dance and I know that right then and there she was doing it next to me,” he says. 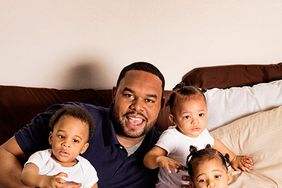 Hope After Tragedy Raising Quadruplets on My Own 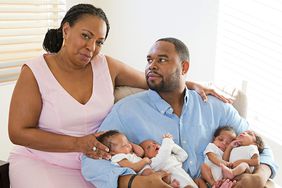 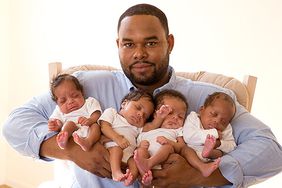 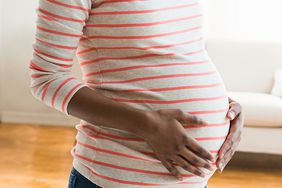 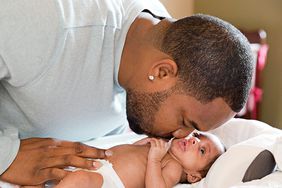 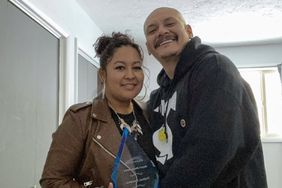