Courteney Cox's daughter Coco will always be her baby no matter how old she gets.

The Golden Globe nominee, 56, celebrated Coco's 17th birthday Sunday by sharing some adorable throwback photos of the birthday girl through the years. "Happy 17th birthday to my strong, sensitive, creative, loving, soulful, beautiful, talented, and wise Coco," Cox wrote in the caption. "I love you so much."

Coco's dad David Arquette also posted some throwbacks to wish their daughter a happy birthday. "I couldn't love anything or anyone more than I love @cocoarquette_. Thank you for being you. I love you with all my heart. Happy 17th Birthday!!!" the proud dad, 49, wrote.

Cox also raved about her daughter's self-expression last month on The Drew Barrymore Show. "People will say, 'Why do you let Coco wear so much makeup?' She's been wearing makeup forever, that is a self-expression for her," Cox said. "She loves to dress up. She will dye her hair, it was purple a week ago, I think right now it's blonde underneath before it was blue."

"I think we just have to let them be themselves with boundaries, of course," she continued. "I am not great at boundaries. I have to get better at it."

Cox and Arquette got married in June 1999 before they divorced in 2013. The couple met on the set of their 1996 horror hit Scream and they recently reunited to reprise their roles as Dewey Riley and Gale Weathers in the franchise's fifth installment, which is scheduled to premiere January 14, 2022.

Arquette has said he and Cox have a "really great relationship" as they co-parent their daughter. "We're friends, and we've communicated a lot because of Coco," he told Yahoo! Entertainment in August. 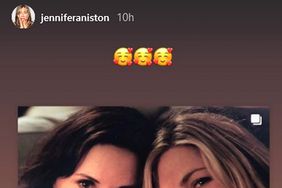 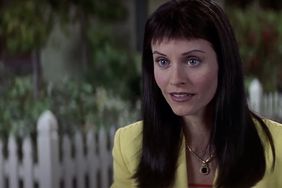