Josh Turner was praying for a good song but ended up with an even better gift, he tells PEOPLE.

“I was in town writing songs one day and had been praying for something good to happen,” he says. “We did write a song and it wasn’t that great, but when I came home, my wife, Jennifer, and (2-year old son) Hampton were playing and she told me she was pregnant again. Man, I was speechless! It was like, ‘Wow, we’re doing this again!’ ”

The singer, who is up for an Academy of Country Music award in April, says that the idea of parenthood the second time around isn’t nearly as daunting.

“I do feel more confident,” says Turner, 31. “Jennifer talked about little things she’s worried about but I’m like, ‘Hey we’ve been through this before.’ The fundamental things you freaked out about with the first child, I don’t think you’ll freak out about them as much. I’m more prepared for those newborn months, the crying and trying to figure out what’s wrong.”

Turner says that son Hampton seems ready to take on the role of big brother when the new baby arrives this summer.

“He’s excited about having a play partner,” Turner says. “He keeps talking about how he wants to snuggle with it. I’m hoping he’s going to be snuggly and not rough!”

Check out Turner sharing his favorite blessings in the new PEOPLE Country special, on sale now. 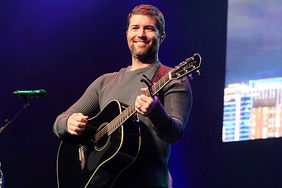 Fourth Son on the Way for Josh Turner 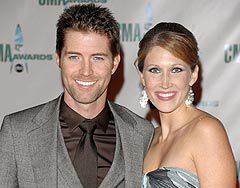 Josh Turner 'Needs a Bigger Bus' with Baby No. 3 on the Way 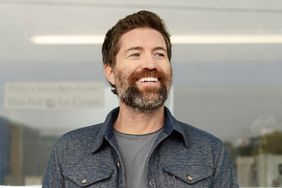