Being 30-weeks pregnant with twins, Maryland women’s basketball coach Brenda Frese says, is like being "on an incline of a treadmill at level 12 all day." Carrying the load has taken a toll and Brenda has had to significantly alter her role with the team as a result of the pregnancy — missing practices at times and at one point skipping an entire week of travel, per her obstetrician’s orders.

Still, the 37-year-old is keeping her perspective. Although the college basketball season will come and go, Brenda says of her pregnancy, "I only have one shot to do this right."

There’s two inside of me, and I want to make sure [they’re okay].

Brenda, who won the national championship with the team in 2006, and her husband Mark Thomas were married in 2005. The twins will be their first children.

Fast Cars and Strong Women: for Six Young Athletes, Their Best Is Very Close to Great 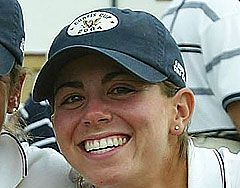 Brynn Cameron on basketball, breastfeeding, and her baby boy

After 39 Years on the Sidelines, Ray Meyer Is Within Shouting Distance of An Ncaa Title 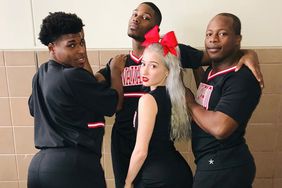