Colleen Ballinger Shares First Photo of Newborn Son: 'I Love Him So Much'

YouTuber Colleen Ballinger shared the first photo of her newborn son, says "I love him so much"

The YouTuber, 32, who starred in Ariana Grande‘s “Thank U, Next” music video welcomed her first child with fiancé Erik Stocklin.

On Tuesday, just hours after announcing his birth, Ballinger shared a sweet shot of herself in a hospital bed with the newborn nuzzled on her chest.

“I love him so much,” The Miranda Sings creator captioned the adorable photo.

Earlier Tuesday, Ballinger wrote “he’s perfect” on her Instagram Stories as well as sharing the photo of her new bundle of joy on Twitter.

Naturally, her avid followers were eager for more information, and the new mom was quick to answer when she could.

“He came so early! he didn’t want to miss Christmas!” she wrote to one fan. Baby Stocklin was originally due New Year’s Day. She told another who asked her how she was feeling, “So happy i’m not pregnant anymore. so in love with him! he’s so cute it’s actually offending me.”

As for the baby’s looks, Ballinger revealed he looks just like his dad. “Literally he looks exactly like Erik. It’s almost spooky how much they look alike. a full on mini me! he’s so cute!!! i can’t stop staring at him! he’s so perfect!”

The baby boy’s debut comes just one day after Ballinger announced she was going into labor.

“Here we go!” Ballinger captioned an Instagram photo on Monday, which showed her dressed in a hospital gown while holding her cell phone and an iced drink from Starbucks.

The post even caught the eye of Grande, 25, who wrote “i love you so much @colleenb123” in response.

Ballinger first announced she was expecting in June.

Along with the pregnancy news, Ballinger also revealed her engagement to Stocklin.

“We’re so, so excited,” Ballinger, who was 13 weeks pregnant at the time, told PEOPLE.

“We’re so in love and can’t wait to meet this kid. It’s just all happening at once; a lot of exciting things coming quickly, which is awesome. I’m the luckiest girl in the world.”

While Ballinger is basking in baby bliss, her pregnancy was far from easy.

RELATED: Colleen Ballinger on What Fiancé Erik Stocklin Will Be Like as a Dad: ‘He’s Truly So Incredible’

“It’s been so miserable,” Ballinger admitted, laughing. “I feel like people don’t talk enough about how hard it is. I had no idea.”

“I’ve been very, very sick — just grumpy and moody,” she explained, adding that she’s suffering from “morning sickness” all day. “I’m due New Year’s Day, but I’m hoping it comes this year rather than next. I already feel like I’ve been pregnant for seven years!” 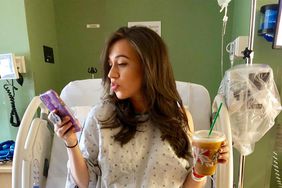 YouTuber and Pregnant Star of Ariana Grande's 'Thank U, Next' Colleen Ballinger Goes into Labor 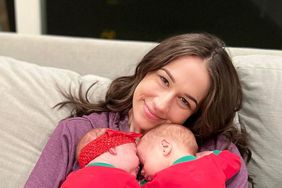 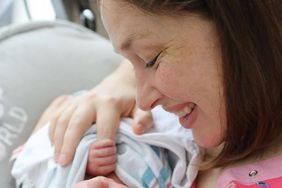 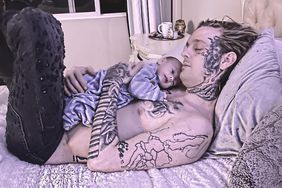