“We joke around that it’s a miracle that we had time to actually make a baby,” says Chetry, 33, who’s on air weekday mornings while her husband works weekend nights. “We have almost the exact opposite schedule!”

Lately, Chetry’s own schedule has been unpredictable, covering the fires in California for the cable news channel. “My doctor gave me the O.K.,” she says of working in the unfavorable air quality, “but obviously didn’t want me on the fire lines.”

Chetry also joins another expectant mom at CNN – evening anchor Campbell Brown. So, is there something in the water cooler over at CNN? “We were laughing about that,” says Chetry. “It’s the stroller derby!”

Chetry and Knowles, 41, also have a daughter Maya Rose who is 20 months old. 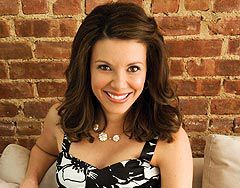