CNN reporter Andrew Kaczynski and wife Rachel Louise Ensign are mourning the loss of their 9-month-old daughter Francesca, who died on Christmas Eve after a months-long battle with cancer.

On Friday, Kaczynski shared the tragic news on Twitter, writing that he and Ensign, a Wall Street Journal reporter, are "heartbroken" over the loss of their little girl.

"We’re heartbroken to have to announce our beautiful daughter Francesca passed away last night in the arms of her mom and dad," he wrote. "There will always be a Bean-sized hole in our hearts for her. We’re so grateful to have known her love. Francesca we love you."

Back in September, Kaczynski shared that his daughter was diagnosed with an "extremely rare and very aggressive rhabdoid brain tumor."

"Francesca is the strongest person and most resilient person," he tweeted on Sept 12. "Less than a week ago she had two brain surgeries and she's already at home and smiling. I'm confident she will fight this."

Last week, Kaczynski shared that Francesca, who was affectionately nicknamed "Bean" by her parents, developed a "terrible fungal infection." She was then put on a ventilator and life support.

Ahead of Francesca's death, the CNN reporter asked that everyone keep his daughter in their prayers during the holiday.

"If anyone can spare a pray for our Bean this Christmas, would just ask they include Francesca in their thoughts and hope for a Christmas miracle for our family," he wrote.

In an obituary written by Kaczynski and Ensign, the parents remembered their daughter as "an outgoing, bold and curious baby."

"Her many smiles sent a thrill through the world. She was so generous with them, even when most of the smiles back were covered by masks and even when she faced challenges that would scare an adult, like a cancer diagnosis or being born with hearing loss," the couple wrote.

The parents also thanked all of the workers at Boston Children’s Hospital who "treated Francesca with remarkable love and kindness."

"Francesca showed her parents a kind of love they never knew before and they will never forget it," Kaczynski and Ensign added.

In lieu of flowers, food or gifts, donations can be made in honor of Francesca to the PMC Winter Cycle charity event, which donates all proceeds to the Dana-Farber Cancer Institute. 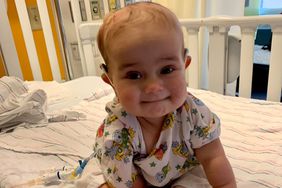 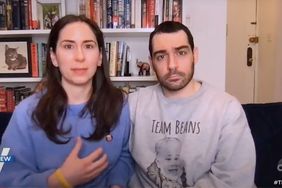 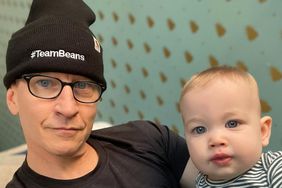 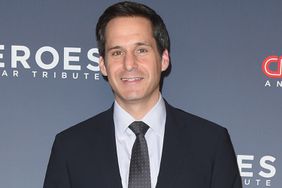