The singer and husband Russell Wilson, who married in July 2016, welcomed Sienna Princess Wilson on Friday, April 28, according to the couple’s matching Instagram posts. Their bouncing baby girl was born at 7:13 p.m. in Los Angeles, weighing in at 7 lbs., 13 oz.

Ciara and Wilson both posted a touching photo dedicated to Sienna announcing the birth, writing, “Dear Sienna Princess Wilson, No matter how big the wave, we will always be your calm in the storm. We Love You. Love, Mommy & Daddy.”

Sienna is the first child for the Seattle Seahawks quarterback. Ciara, 31, is also mom to 2-year-old son Future Zahir, from a previous relationship with rapper Future.

In October 2016 — on Ciara’s birthday — the singer and Wilson, 28, announced that they were expecting their first child together. And while the anticipation of their baby on the way was no secret, the couple chose to keep the due date and name under wraps.

Of the individual responsible for Sienna’s name choice, Wilson told Extra in February, “A little bit of both. I think we both have some creative sense about us, so it’s gonna be cool.”

Throughout her pregnancy, Ciara has been sharing snaps of her growing baby bump in everything from little black dresses to nothing but her Calvins. On April 20, she posed outdoors on a sports court in a form-fitting black dress and platform sneakers.

“Mamma Can Still Drop It Low,” she captioned one snap of herself crouching down.

While she’s hard at work on her new seventh studio album, the singer said this period of her life is all about family.

“I’m just super excited about this time in my life,” Ciara told HarpersBazaar.com — for which she posed topless in a stunning bump photoshoot.

“Like, oh my gosh, I can see my son running around, and soon it’s going to be two of these creatures running around!” she added. “Our hands will be full of non-stop action.” 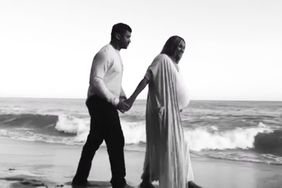 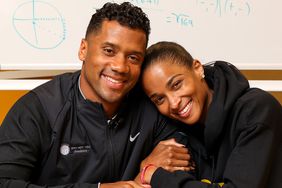 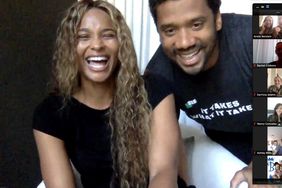