"It's just such a miracle, such a blessing," country artist and radio personality Chuck Wicks tells PEOPLE as the couple await their son's December birth

After months of trying to get pregnant, Chuck Wicks and his wife, Kasi, sensed something was wrong, and medical tests delivered the crushing news. They suffered from infertility — and the problem rested with Chuck.

The couple chose to share their difficult journey with PEOPLE to give hope to others like them, because they have their happy ending: Kasi is due to deliver their baby boy in December.

"It's just such a miracle, such a blessing," says the 40-year-old country artist and radio personality. "I'm thankful for amazing doctors, thankful for science."

The Nashville, Tennessee-based couple had been trying to get pregnant since soon after their July 12, 2019 wedding. Chuck had always longed for fatherhood. Kasi, 36, has three daughters from a previous marriage, and before she met Chuck, she says, "I thought I was done."

But then, she tells PEOPLE, "I couldn't imagine not having a child with him."

Their infertility diagnosis meant they joined an estimated 15 percent of all couples seeking medical help to become pregnant, according to Dr. Peter Schlegel, chairman of the urology department at Weill Cornell Medicine in New York and the immediate past president of the American Society of Reproductive Medicine. "About half the time," Schlegel explains, "it is a male problem or a male and female problem together."

Among the cases of male infertility, Schlegel adds, up to 50 percent have no known cause — the category that Chuck fell into. Still, that didn't keep him from feeling the full brunt of the stigma that measures masculinity against the ability to conceive.

The couple began pursuing the only available course of treatment, which required retrieving Chuck's few sperm for in vitro fertilization (IVF). Normally a single ejaculation contains 100 million sperm; Chuck's count was never more than 15. Late last fall, he began regularly leaving specimens for clinicians to undertake the arduous task of locating the tiny single cells, which then were frozen for the anticipated IVF.

On the day of Kasi's egg retrieval, Chuck produced a fresh specimen (considered the most reliable) but the tiny number of sperm found were listless and deemed unusable. More disappointment awaited: Chuck's saved specimens were thawed, and none had survived the freezing process — a not uncommon outcome, according to Dr. Schlegel.

In a last-ditch effort, the medical team administered a stimulant to the fresh specimen, and soon, Chuck and Kasi received the good news: Two sperm had come to life. One each was then injected directly into two eggs, and the next day, the couple learned one of the eggs had been successfully fertilized.

"It was just one egg, one sperm, and it actually worked," says Kasi, who works in pharmaceutical sales and is also the sister of Jason Aldean.

The 100-cell embryo was frozen, and the couple waited another two months so Kasi could take hormone shots that prepared her body for pregnancy. In the meantime, genetic testing determined the embryo was healthy, and that it would be the son they'd hoped for. With Kasi's three daughters — 9-year-old Avery, 19-year-old Madison and 21-year-old Makenzie (the latter two adopted during her earlier marriage) — Chuck jokes, "We're loaded up on estrogen!"

On March 25, Kasi underwent the embryo transfer as Chuck watched. "I see this incubator come in," he recalls, "and I just start sobbing because I knew inside that incubator was my little boy." Eight days later, Kasi and Chuck rejoiced when a home test showed a positive result. Two days after that, their fertility specialist confirmed the pregnancy.

Now, as they happily await the birth of their son, Chuck says he has come to terms with his medical condition. "It just happens," he says, "so that's the reassuring part." And as they've confided in family and friends over these past stressful months, they've discovered their issue is far more common than they'd imagined.

"We started hearing a lot of very similar stories that had successful outcomes," says Kasi, "so I think it gave us that hope that, okay, maybe this can work for us, too."

Having beaten the odds, both say they have found a blessing in their difficulties. "The fact that we had to go this route," Chuck says, "makes us realize even more how special having a child is."

For more from Chuck Wicks, pick up this week's issue of PEOPLE, on newsstands Friday. 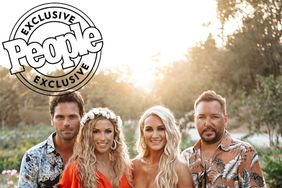 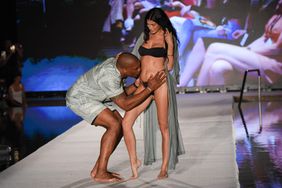 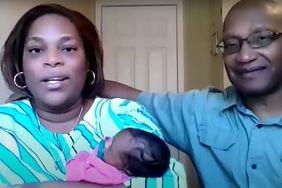 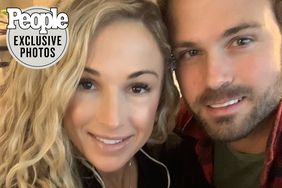