The couple, who welcomed daughter Luna Simone on April 14, didn't know how not to act adorable

CHRISSY KNEW JOHN WOULD BE A GREAT DAD

THEY REMAINED AS SUPPORTIVE OF EACH OTHER AS EVER

Chrissy glowed – and her growing baby bump wasn't the only reason why. The cookbook author, belly and all, came out to support her husband's 10th Grammy win at this year's awards ceremony. "He was so excited to hit a solid, round number," she wrote of his win. "I think that might be the reason he wanted it the most, along with itching to take a photo with it in his matching honeybee Gucci jacket. I love you and am so proud of you!!"

JOHN COULDN'T KEEP HIS HANDS OFF HER

"For her, it's something to get used to when you've never had that experience before, but I think she's handling it really well," the dad-to-be told PEOPLE of his wife's changing figure. "I think she looks gorgeous all the time."

THEY WERE BOTH SUPER THOUGHTFUL

There's nothing better than reflection – especially when you're set to welcome the newest addition to your family in just a few months. "What a year … already thinking about how different this one will be!" the foodie captioned her totally Pinterest-worthy 'gram.

JOHN STEPPED IN TO HELP OUT …

… especially when Chrissy wasn't feeling too well. The self-proclaimed sous chef (to Chrissy's head chef) had no problem taking control in the kitchen when his leading lady was hit with those pregnancy aches and pains. "John making my jalapeño chip topped tuna casserole for Sunday dinner! Not feeling great," she said. "Thank you for taking over the kitchen, papa!"

THEY WERE OVER-THE-MOON EXCITED

The Sports Illustrated Swimsuit Issue model got candid about how difficult the couple's journey to parenthood truly was on an episode of FABLife – so when the pair announced they were expecting on Instagram, we couldn't help but celebrate with them. "It hasn't been easy, but we kept trying because we can't wait to bring our first child into the world and grow our family," the mom-to-be wrote.

THEY STILL HAD GLAM DATE NIGHTS

And continued to elevate their style game, every single time.

AND THEY STILL MADE TIME FOR EACH OTHER

Aww! John stopped by backstage at FABLife to hang with his model wife, despite his hectic schedule. There's no doubt the parents will do the same when it comes time to run to soccer practice, ballet recitals and beyond. 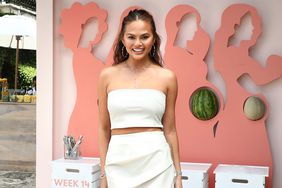 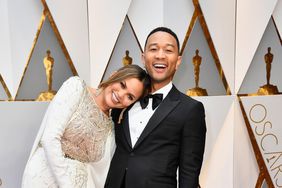 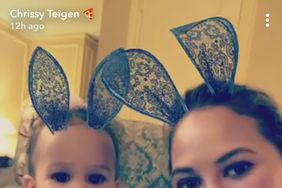