Just seven months after the couple welcomed twin boys, the father of four announced that he and his wife are expecting their fifth child during his concert on Friday night at Madison Square Garden.

“Some of you may know that we have four children,” the musician said, according to a video published by The Blast. “We just had twins, about seven months ago. Now there’s four for us, but we’re gonna make it five!”

A rep for Stapleton, 40, had no comment on the news.

On Saturday, Stapleton — who is nominated five times at the CMA Awards on Nov. 14 — posted a series of photos from the concert on Instagram but did not address his special announcement.

Chris and Morgane, who wed in 2007, are already parents to three sons and one daughter but have chosen not to publicly reveal their names.

This isn’t the first time that Chris has announced his baby news during a concert. Last year, the country singer shared that his wife was expecting twins during a performance in Dallas at Starplex Pavillion.

Morgane also shared the news of their little ones on the way in an Instagram post marking the spouses’ tenth wedding anniversary.

“14 years, 2 babies, & 2 more on the way. Happy 10 year anniversary babe! You make my whole world go round,” the expectant mother captioned a black-and-white portrait of the couple.

After the boys were born in April, Chris gave Reba McEntire the honors of announcing their arrival when he won album of the year at the 53rd Academy of Country Music Awards, which he was unable to attend.

“Those little rascals came a little bit early,” McEntire said, adding that Stapleton and his wife were home in Nashville with their new babies. “Hot off the press! … Twin boys.”

Chris later wrote on Instagram, “Thank you for sharing our good news @Reba! We couldn’t have dreamed up a better day. Morgane & the boys are doing great & we appreciate everyone’s support!”

RELATED VIDEO: Jaime Pressly Is Pregnant with Twins: ‘We Were Completely Shocked’

A day after the public announcement, Morgane shared a sweet black-and-white photo to Instagram of her newest additions, who arrived more than a month early, and thanked the hospital staff for taking care of their boys.

“Thank you for all the love! We’re so grateful to finally be home with our sweet family. We would like to say a special thank you to all the incredible nurses & doctors at Centennial Women’s & Children’s Hospital in Nashville,” she wrote.

“At more than a month early, we had a week-long stay in the NICU & the incredible people there kept our boys healthy & happy,” she continued. “Words cannot express our gratitude for you all & what you did for our family. From the bottom of our hearts, thank you!” 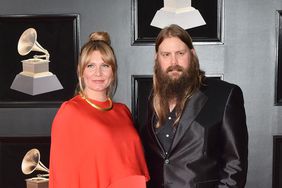 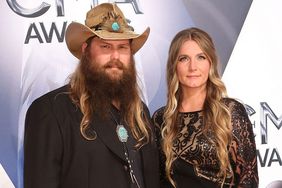 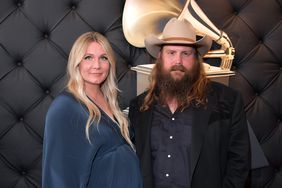 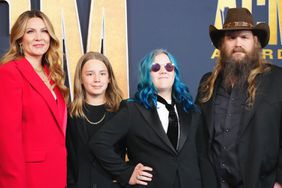 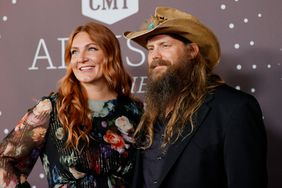 Chris Stapleton and Wife Morgane Celebrate 14th Anniversary: 'Thank You for Giving Me Everything' 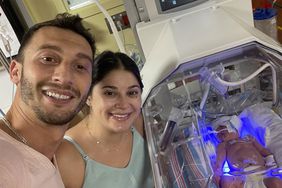