Baby Boy on the Way for Chris Kirkpatrick

Chris Kirkpatrick is having a boy!

The ‘NSYNC alum took to Twitter with his wife Karly to announce their baby’s sex on Thursday, sharing a photo of the couple posing with a paintball crossbow and sign that said, “Boy or girl?” and “Baby Kirkpatrick” at the bottom.

The mom-to-be is holding her tummy in the image.

The blue paint splatter could have been a giveaway, but the 45-year-old also wrote, “@IamCKirkpatrick + @MagicKar + crossbow = gender reveal 👪#babyboyboyboy!”

The couple had announced they are expecting their first child in October, which they confirmed exclusively to PEOPLE. The parents-to-be shared a photoshopped image of themselves in front of the movie poster for The Boss Baby.

‘Karly and I are over the moon excited that we are welcoming a new addition to the family,” Kirkpatrick said. “We are both looking forward to becoming parents, and learning how much fun having a child will be.”

The idea of expanding their brood had been on the couple’s minds for a while, according to the singer, dancer and voice actor.

“Karly wants to have kids really quickly, so we’re going to do that. That’s our plan,” he said in 2013. “We’re definitely ready to have children – we both want them.”

Kirkpatrick added at the time that Orlando — where he said he has lived for “most of my adult life” — was home then but that the couple, who now reside in Nashville, wasn’t opposed to relocating.

“We’ve talked about moving, but where?” he said. “We love California as well as the East Coast, but if we have kids, we want to live somewhere that is good for raising them. Wherever we end up will be kid-friendly.” 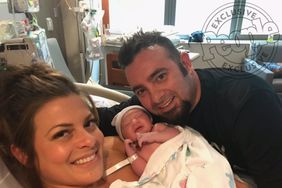 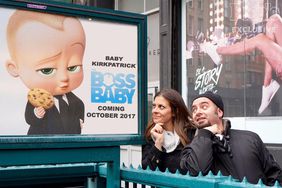 Baby on the Way for Chris Kirkpatrick 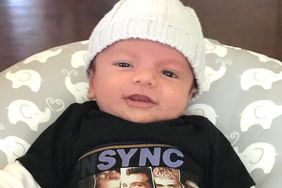 Chris Kirkpatrick's Son Nash Looks Adorable in an 'NSYNC Shirt: 'I Think JC Is His Favorite' 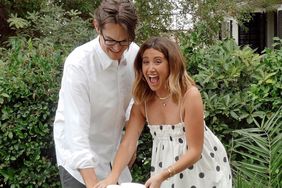 Pregnant Ashley Tisdale Reveals Sex of Baby on the Way: 'I Cried I Was So Happy' 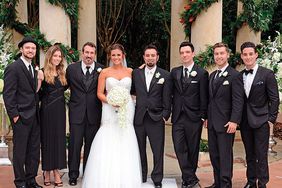 Chris Kirkpatrick Ties the Knot: Inside His Wedding Day 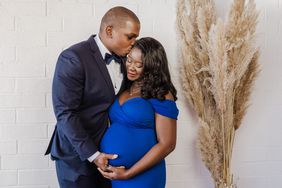 'MAFS' 's Deonna McNeill and Greg Okotie Reveal Sex of Baby on the Way: 'Beyond Blessed' 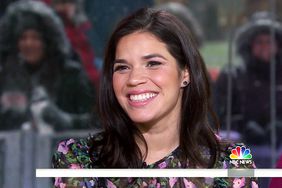