The Oscar-winning actress is mom to a son named Jackson, her rep tells PEOPLE

The actress, 36, “has adopted a child,” her rep says in a statement to PEOPLE. “She is the proud mom of a healthy baby boy named Jackson.”

Jackson is the first child for the South African-born Theron, who recently starred in Young Adult. She won an Oscar for her role as a serial killer in 2003’s Monster.

No further details about her new addition were released.

Though Theron is surely thrilled about expanding her family, she has previously spoken out about not feeling the need to tie the knot. Marriage, she said last year, was “never something that was important [to me].”

Charlize Theron Has Wanted to Adopt for a Long Time: Source
Related Articles 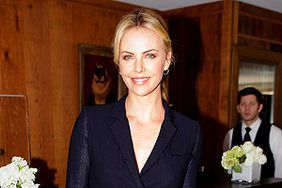 Charlize Theron Has Wanted to Adopt for a Long Time: Source