The actress welcomed her daughter Raddix, who she shares with husband Benji Madden, in December 2019

Cameron Diaz isn't in a hurry to step in front of the camera again.

The actress, 48, appeared on the SiriusXM show Quarantined with Bruce to promote her new wine line, Avaline, Thursday and spoke about whether she'd return to acting.

"Will I ever make a movie again? I'm not looking to, but will I? I don't know. I have no idea," she said. "Maybe, never say never, but I couldn't imagine being a mom now where I'm at as a mother with my child at her first year to have to be on a movie set that takes 14 hours, 16 hours of my day away from my child."

Diaz welcomed her 1-year-old daughter Raddix with her husband Benji Madden in December 2019.

She continued, "I just couldn't ... I wouldn't have been the mom that I am now had I chosen to do that at any other time in my life. I feel for so many mothers who can't, that have to go to work, you know, whatever they're doing. I feel so much for them and for their children and for all of that, but it does really take a village."

"I just feel so blessed that I get to be here now with my child and, you know, get to be the mother that I get to be," she said. "It's such a blessing, it's completely privileged, and I'm just really, really grateful."

Diaz said she felt fulfilled to simply focus on her business and her family.

"That's pretty much it right now. ... Avaline is the only sort of day-to-day work that I'm doing other than, you know, being a wife and a mother," she said, adding that it has been "rewarding."

"It really has been the most fulfilling part of my life so far," she said.

In April, the Charlie's Angels star told her friend and Who What Wear CEO Katherine Power that being a stay-at-home mom was the "best part" of her life.

"I love being a mother. It's the best, best, best part of my life," the actress said. "I'm so, so grateful and so happy and it's the best thing ever and I'm so lucky to get to do it with Benji and we're just having the best time. It's so great. I'm just thrilled." 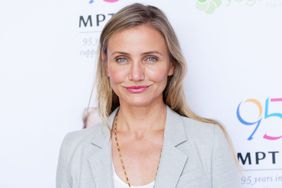 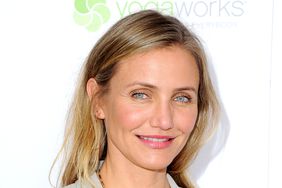 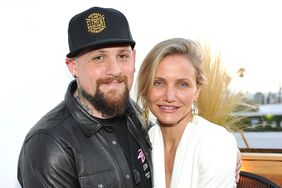