In August, The Help star, 30, told Jay Leno that her 4½-year-old son predicted that his new sibling was going to be a girl, but she and Gabel kept mum even after finding out the sex of the baby in September.

The actress, who also recently appeared in Twilight – Eclipse, has spoken candidly about the postpartum depression she suffered after giving birth to Theo in 2007. But in September, she described feeling “euphoric” during her second pregnancy.

Adding to the celebration for newly arrived Beatrice were congratulatory Tweets from Octavia Spencer, M. Night Shyamalan and Jennifer Connelly. 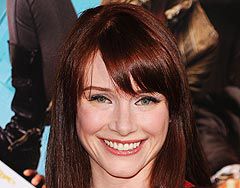 Bryce Dallas Howard Has a Boy