After giving birth to Grier Hammond Henchy less than two weeks ago, actress Brooke Shields hit the red carpet on Sunday for the ‘Over the Hedge’ premiere. She happily comments on her new bundle, saying, "She’s a delight, really healthy, 20 inches 7 pounds and drinking like a champ."

When asked how big sister Rowan was doing, Brooke said that she’s adjusting well to having a new baby in the house. Brooke says, "Rowan decided she was going to let her live there. I actually went out on a limb and said, ‘Alright, it’s your choice.‘ And thank God, she said, ‘We can keep her.’" Brooke says there’s no indication of her postpartum depression returning. "You wouldn’t have seen me at a premiere with the last one…So this is a good sign."

During the interview, Suri Cruise’s arrival was also mention to Brooke. She wished Tom Cruise and Katie Holmes well, and said, "It’s the best gift you could have, so I’m really happy for them, how could I not be?" She also tells Access Hollywood, "You know, the irony is perfect…The world works in an interesting way, but we (were) both pretty busy that day."

Both children were born April 18, reportedly in the same Los Angeles hospital. "Yeah, rumor has it…Again, I was pretty distracted."

When asked if she had any run-ins with Cruise at the hospital, she replied: "No. God, no, and it’s a gift having kids, you know, so it’s a beautiful thing rather than anything else."

Source: ET Online and the AP.

Thanks to CBB readers Lindsey, Emma, and Toni. 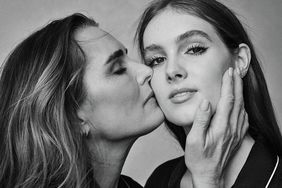 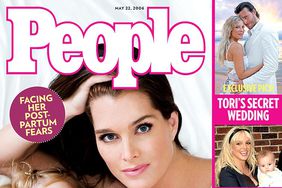 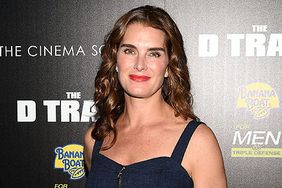 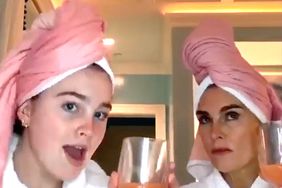