British thespians Damian Lewis and Helen McCrory are expecting their first child in September. The couple have been engaged since February.

American viewers may remember Damian from the HBO series Band of Brothers (he played Captain Richard Winters). Helen’s past films include Interview with a Vampire and The Count of Monte Cristo. She was set to play Bellatrix Lestrange in the upcoming Harry Potter and the Order of the Phoenix but had to pull out due to her pregnancy, and Helena Bonham Carter took on the role instead.

Thanks to CBB reader Ellis1555. 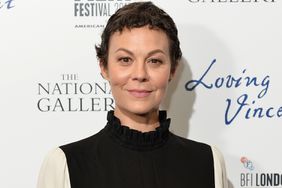