British actress Sarah Parish, 39, best known from TV series Doctor Who and Mistresses, is expecting her first child with husband, actor James Murray, 33, and couldn’t be happier. They do not know the sex and won’t find out, but she reveals that the baby is due June 7th — her own 40th birthday. She insists that she is glad motherhood came to her so late.

Then I met James and after a while I went, ‘Oh my God, I’m 39. Where the hell did all that time go?’ We’re delighted. It definitely makes you closer to be expecting a baby. It’s a really nice feeling – and it’s just lovely to achieve something like this together.

She was lucky in conceiving quickly and credits it to her relaxed attitude.

There’s such a pressure put on women but it’s the worst thing you can do, as an older woman, to panic about having children. I think your body closes down when you do that. The minute you go, ‘Ah, it doesn’t really matter – half a glass of wine won’t hurt,’ and bingo, you’re pregnant. We were trying for a while but not too long. We were quite lucky.

Sarah has decided to keep on working after giving birth when Mistresses‘ second season starts in August and she thinks she can pull it off, after seeing friend Amanda Holden do that.

I think I’m still blissfully ignorant about how it will be to be a working mum. I know people who have had babies and, of course, your whole life changes. But I’m ready for that. Judging by Amanda I’m going to be all right for the next couple of years. It’s when they start moving around that you’ve got to worry!

Despite her early morning sickness, Sarah enjoys every moment of her motherhood, especially eating without worrying.

I was a little sick at the beginning of the pregnancy but now I feel absolutely normal. The only slight problem I have is with breathing because the baby is pushing up all my organs. If I’ve been sitting down for a while I start to sound a bit asthmatic.

Im not doing any acting work now, partly because I get too tired but also Im too fat. I suppose I could play a busty barmaid or something, or do roles sitting down! But I’m not a very sitty-abouty person so I’ve got plenty to do. I’ve always got voiceovers or campaigns or something on.

Sarah and James were married in December last year.

Thanks to CBB reader Chloe.

Keri Russell talks about her pregnancy

Rachael Leigh Cook and Daniel Gillies: Having a Son Is 'So Different'

M.I.A. 'Quite Relaxed' About Impending Motherhood 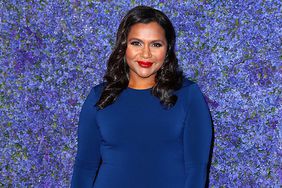