Before Brandi and Bryan Redmond made the decision to adopt their infant son, they made sure their daughters were okay with the idea of being big sisters

Before Bryan and Brandi Redmond made the decision to adopt their infant son Bruin Charles, they made sure daughters Brinkley, 6, and Brooklyn, 9, were okay with the idea of being big sisters.

PEOPLE broke the news exclusively that The Real Housewives of Dallas star and her husband had expanded their family this past winter, welcoming their baby boy — born Dec. 31 — via a closed adoption.

While the baby helped Brandi, who had been battling infertility issues, feel as though her family is “finally complete,” she and Bryan still made sure they had Brooklyn and Brinkley’s approval.

“We wanted them to be part of the process and the decision,” Brandi tells PEOPLE for this week’s issue, sharing exclusive photos of her adorable new family of five.

So Brandi and Bryan came up with a unique way to make sure Brooklyn and Brinkley’s wants and feelings were considered.

“We sat them down and sent through the good, the bad, and the ugly about having a baby sibling and about what that meant,” Brandi recalls. “And afterwards, everyone wrote down either ‘yes’ or ‘no’ and any hesitations they had on a piece of paper. And then Bryan read out what they were so we could discuss them as a group.”

While Brandi expected there to be some objections, she was shocked to see “there were no hesitations from anyone” about it. “They were just like, ‘Yay, we’re going to have another boy in the family!’ Brandi recalls. “Everything was positive. And after my husband read them all, I just started bawling.”

“I’m getting emotional just thinking about it and talking about it,” she adds, choking up with tears. “But yeah, it was beautiful.”

“They are so excited,” she says. “Bruin was in the NICU because he was born prematurely, and we FaceTimed them from the hospital so they could see him.”

As Brandi explains, “We were planning on bringing them to meet him after that and they were like, ‘Just bring him home, Mommy!’ ”

Fans will get to see Brooklyn and Brinkley’s reaction to Bruin’s adoption on the next season of RHOD, the cameras following the emotional journey from the start. But now that Bruin’s here, Brandi is hoping things slow down a bit.

“With him, I’m just taking each day and soaking up this little life and everything he has to give our family,” she adds. “And I’m not taking it for granted. I’m like, ‘No, don’t get bigger.’ Because it all happens so fast!”

For more on Brandi Redmond’s new family of five, pick up the latest issue of PEOPLE, on newsstands Friday. 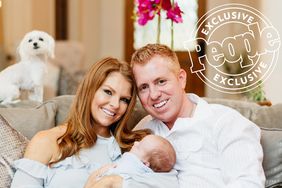 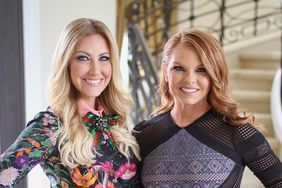 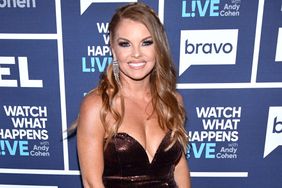