We've seen the award-winning actor play many roles throughout his career, but his role of "Dad" might be our all-time favorite. Read his sweetest quotes about his 4-year-old daughter Lea De Seine, whom he shares with ex Irina Shayk

Bradley Cooper on being his daughter's teacher

As a multi-award-winning actor with a number of credits to his name, Cooper is a very busy man, but acting isn't his only job.

Since welcoming Lea in March 2017, Cooper now has many dad duties. "I'm running a one-man preschool," the Oscar nominee joked with Interview magazine.

He also gets creative with his surroundings, adding, "We get up, we do swim class in the bathtub."

Bradley Cooper on his daughter being his dream come true

Cooper starred in two movies, Licorice Pizza and Nightmare Alley, in two consecutive months so you can imagine the actor's schedule is stacked. He credits his daughter for helping him live in the moment.

"Having a child, and having a family of my own — which is a miracle and something I've always dreamt of — has opened me up even more, I guess, to the day, and to be present," he told NPR.

Bradley Cooper on raising his daughter the way he was raised

In an interview with NPR, Cooper briefly opened up about his daughter Lea De Seine while discussing his bond with A Star is Born costar Lady Gaga.

The actor said he and Gaga connected instantly because they "were very, very loved as children." He added, "When I meet people that have had that similar upbringing, I can just see it in them."

He noted that he wants his daughter Lea to have that same upbringing, saying, "That's the thing I want my daughter to have — I just always want her to feel loved."

Bradley Cooper on how his daughter reminds him of his father

Cooper shared with Oprah Winfrey that his daughter reminds him of someone else he deeply loved during Oprah's SuperSoul Conversations from Times Square.

"[Having a family has] changed everything," he said about his daughter with Irina Shayk. "Our daughter, she's incredible. And I see my father in her quite often."

The actor's father, Charles, died in 2011 from lung cancer.

Cooper added, "I can't believe I'm gonna admit this, but I had moments when … I was in the room with her, I would say, 'Dad?' " There are some moments where she looks just like my father. I watch too many movies."

Bradley Cooper on his daughter's taste in music

As a two-time Grammy winner, there's no denying Cooper has love of music, but he has his daughter to thank for expanding his music taste.

"Well, I've been opened up to a world of children's music, that's for sure," he joked in an interview with NPR.

The actor has voiced the hot-tempered raccoon Rocket in Marvel Cinematic Universe's Guardians of the Galaxy since the first volume was released in 2014.

During an interview with Ellen DeGeneres, he explained how he brought is daughter to the Disneyland's Guardians of the Galaxy attraction and she recognized his voice (well, sort of).

"We got to sit going to the intro of the ride and it was like, my voice, it was really cool," he said. (His character, Rocket Raccoon, is featured in the ride.) "I would say, 'Daddy, daddy.' Then she kinda looked up and she saw … she was like, 'Daddy?'"

Bradley Cooper on how his daughter brings out his "childlike self"

During the The Ellen DeGeneres Show, Cooper opened up about how fatherhood has changed him and helped him let his guard down.

"It allowed me to embrace my childlike self without any sort of like, fear of judgment," he said. "Like, I could just play with toys all day long and not feel like, 'Is this weird?' Or watch cartoons endlessly and not think I'm wasting my life. I love cartoons."

Bradley Cooper on his daughter defying the phrase of "terrible twos"

Cooper makes the role of "Dad" seem easy. During Cooper's appearance on the The Ellen DeGeneres Show in 2019, he revealed that Lea never went through the "Terrible Twos."

"You know, I don't subscribe to that," Cooper admitted. "I don't even know what that means."

Bradley Cooper on how his daughter "changed everything"

During Cooper's appearance on Amazon Music and Wondery's SmartLess podcast, the actor opened up about his personal journey with addiction and shared how being a parent has put things in perspective for him.

"Fatherhood is … everything changed," Cooper said. "Every single thing is absolutely shaded by, or brought into glorious colors, by the fact that I get to be a father to a wonderful human being."

"You have this wonderful thing or breakthrough with a script, or you have a wonderful moment on this set or in an editing room … you have like 40 of those moments every day with your kid, that are that level of joy. That's not spinning it, that's just the truth." 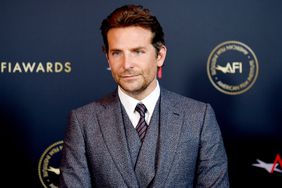 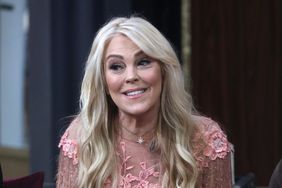