Update: It’s a boy! Boris announced the news in a chat for his website on Saturday. They found out the sex during an ultrasound last week, and Boris said it’s for sure a boy – he saw the proof on the screen!

Originally posted June 5th: The couple attended the opening of Wolfgang Puck’s newest steakhouse over the weekend. Nicole is currently almost five months along with the couple second child, with a due date of October 31st/November 1st. Their daughter Sophie is 15 months.

Thanks to CBB reader Akentunde. 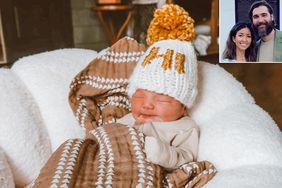