Although Boris Becker initially wanted nothing to do with the child that he fathered during a fling with Russian model Angela Ermakova, the tennis legend recently battled for custody of his now-seven-year-old daughter, Anna.

Boris, 39, left a London family court Wednesday with a smile on his face after a six hour hearing, exclaiming:

Now I can see my daughter on a regular basis.

Boris initiated the court action because he vehemently disagreed with Angela’s parenting style; she allowed their daughter to live a high-profile lifestyle as a child model, greatly upsetting the tennis star. Anna modeled in Florence, took part in a TV series, and appeared in an ad for a line of children’s cosmetics. Anna stirred up controversy after the cosmetics company was fined for violating child-labor regulations.

Boris told German magazine Stern he wasn’t happy with the way Anna was being raised, and was willing to fight for custody.

It hurts me deeply in my soul how this year in particular my daughter has been put on public display, be it in TV interviews or children’s fashion shows. In my opinion, it’s the duty of the parents to protect their children. With my sons, I have joint custody, but unfortunately not with my daughter. You can believe me that I’m fighting for it.

After Angela announced her pregnancy to the press in 2001, Boris repeatedly bad-mouthed the former waitress to the press, demanding a DNA test. Boris recently claimed his relationship with Anna blossomed; Anna even grew close to Boris’ two sons, Noah, 13, and Elias, 8, from his marriage to ex-wife Barbara Becker. 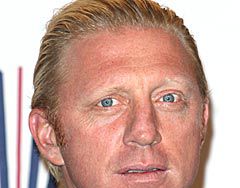 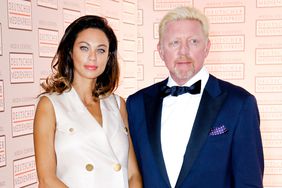