Blake Lively may be an actress, but she’s a mom first!

While on the press tour for her upcoming thriller The Rhythm Section, the new mother of three kept it real with her followers on Instagram, sharing that she was using a medical-grade Medela breast pump inside a dedicated lactation room at The Wing in New York City.

The actress, 32, shared a photo of the pump in action during a break from speaking at the women-focused co-working space in the city’s Flatiron district.

Aside from its six N.Y.C spaces, The Wing also has locations in Washington, D.C., San Francisco, Chicago, Los Angeles, Boston and London. They’re set to further expand to Seattle and Toronto this year.

Blake Lively Says Having Three Kids Was “Like Going from Two to 3,000”: “We’re Outnumbered”

During Lively’s appearance on Wednesday’s episode of The Tonight Show, host Jimmy Fallon asked how James was doing. (As some will recall, the oldest Reynolds-Lively child has an adorable history of calling Fallon, 45, “Dada” whenever she would see him.)

“We gotta stay away from you, Jimmy, she’s so intimidated by you,” Lively revealed, saying that James was too nervous to join her on the show that night. “She’s buddies with Taylor Swift, no problem. Jimmy Fallon? Can’t speak.”

“You are Beyoncé to her. We [still] have Jimmy Fallon cardboard cut-outs in our house,” the Gossip Girl alumna added.

RELATED VIDEO: Blake Lively Says Daughter Would Be “Terrified” of Her if She Saw Her Film The Rhythm Section

Lively chatted with PEOPLE for this week’s issue, out Friday, sharing that while James and Inez know she and Reynolds, 43, are actors, “they just don’t know what that entails.”

In The Rhythm Section, Lively stars alongside Jude Law and Sterling K. Brown as a woman heading down a violent path of revenge after her family is killed in a mysterious plane crash. Directed by The Handmaid’s Tale‘s Reed Morano, the film is a modern adaptation of the first of British thriller writer Mark Burnell’s Stephanie Patrick series.

“Can you imagine if my daughter knew what I went through in this movie? I mean, they would be terrified!” Lively told PEOPLE, laughing. “She’d either be terrified for me or of me, neither of which is something that I want her to feel.”

Blake Lively Wears a Corset on First Red Carpet Post Baby No. 3: “I Gotta Get This Thing Off”

On Tuesday morning, the actress stopped by Good Morning America to chat about her new movie and opened up about life with another child.

“People say that from two to three, it’s the same, it’s kind of easy. Those people do not have three kids,” the star joked. “It is crazy. But I’m here!” 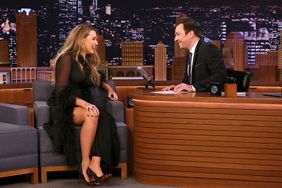 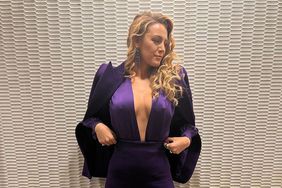 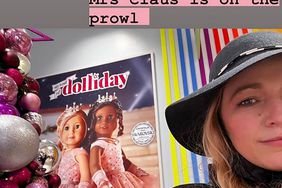 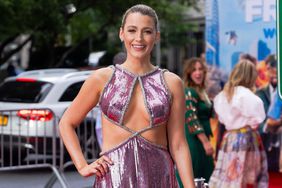 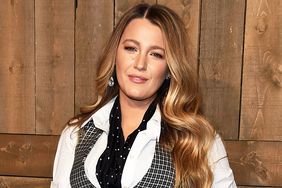