King is Chyna's only child with ex Tyga, while she shares Dream with her former fiancé Rob Kardashian

The model and social-media star, 30, was joined by 2-year-old daughter Dream Renée and son King Cairo, 6½, for the Sunday holiday, where they posed together during the outdoor festivities.

In one clip, Dream — dressed in a sweet rainbow dress — and her big brother ran around the yard collecting plastic eggs with candy inside as their mom proclaimed, “Whoever has the empty egg gets $100!”

Other photos showed the sibling pair with their Easter baskets and eggs, King enjoying a dip in the pool and Dream giving Chyna a big kiss on the cheek.

“Unbreakable bond,” the mother of two captioned her most recent photo collection.

King is Chyna’s only child with ex Tyga, while she shares Dream with her former fiancé Rob Kardashian — the latter of whom revealed late last month that Chyna had dropped their ongoing child-support case.

In November, Kardashian asked to make a modification to his child support payments, claiming he could “no longer afford” his $20,000 per month and claiming that his volatile relationship with Chyna and the domestic violence restraining order she filed last year has damaged his career and is keeping him from earning money.

According to court documents, Kardashian, 32, asked that Chyna pay him support. His lawyers estimated he should collect $2,864 for his 50/50 custody of Dream, but Chyna objected to Kardashian’s request to modify child support and accused him of “manipulating” his financial situation, according to The Blast.

Kardashian’s filing came after Chyna blasted him over Father’s Day last June, accusing him and Tyga, 29, of failing to pay child support.

He then revealed on March 27 that Chyna (née Angela White) had dropped the child-support case, writing, “Angela the mother of my child whom I have a wonderful relationship with decided to drop the child support case because she felt it was in the best interest of our daughter.”

“Reports of her wanting to have drinks was totally false and her being late was in reference to a prior meeting concerning our daughter,” Kardashian added. “Please stop creating all these falsehoods concerning Angela and I.”

Chyna’s public post to wish Kardashian a happy birthday on March 17 came weeks after the former couple set the record straight on their current custodial agreement for Dream.

“Angela and I are both actively co-parenting and there are no pending or active custody cases,” the father of one tweeted at the end of February.

Chyna responded to the tweet and called Kardashian “a wonderful father,” adding, “Robert and I [sic] only concern is what’s in the best interest of our daughter that we both equally love.”

“Additionally, Robert is a wonderful father to our Dreamy!” she wrote. 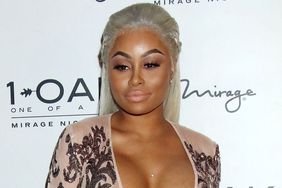 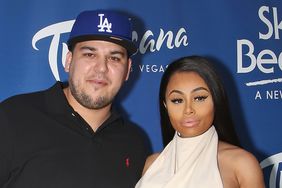