Ben Affleck spent his weekend enjoying some down time with his kids — as well as girlfriend Jennifer Lopez's daughter.

Affleck's oldest daughter, Violet, 15, as well as Lopez's son, Max, 13, and the singer herself were not present for the outing.

Earlier this month, Affleck and Lopez treated Max, Emme and Samuel to a day at Universal CityWalk.

In June, a source told PEOPLE that Affleck was getting to know Lopez's twins and that they are "onboard with starting fresh in Los Angeles," where he lives.

"They are slowly getting to know Ben," the source said. "Everything seems to be running smoothly. It's very obvious that Jennifer is serious about Ben. She hasn't looked this happy for a long time."

Last week, a source close to Lopez told PEOPLE the couple "had an amazing weekend in the Hamptons" for the Fourth of July. "It was very relaxing and fun for everyone."

The source added, "Ben is bonding with Jennifer's kids," whom she shares with her ex-husband Marc Anthony.

"They were with family and friends and had several activities planned, including beach outings, boating and a BBQ," a second source told PEOPLE.

The insider added that "their relationship is very strong," and Lopez "is beyond happy" with Affleck. 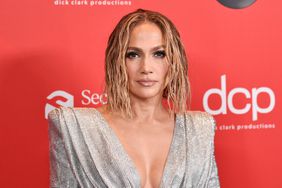 Jennifer Lopez Says 'Some Things Do Last Forever' While Talking 2002 Album 'This Is Me... Then'