Dani Soares seemingly confirmed that deckhand Jean-Luc Cerza-Lanaux is the father of her baby girl, Lilly, whom she welcomed last month

Dani Soares and Jean-Luc "J.L." Cerza-Lanaux are giving an update on their baby drama.

During part two of the Below Deck Sailing Yacht reunion Tuesday, which aired on Watch What Happens Live, Soares and Cerza-Lanaux separately addressed the paternity of Soares' newborn daughter Lilly and whether the father would be in the baby's life.

Soares, 33, welcomed daughter Lilly Rose late last month but had yet to reveal the identity of her baby's father until seemingly pointing the finger at Cerza-Launaux, 25, during a conversation with host Andy Cohen Tuesday.

Asked whether the deckhand is Lilly's father, Soares replied, "Well, let's put it this way, this baby was made during the season while we had cameras 24/7 with us and I only slept with one guy, so…"

"He hasn't supported me at all in any way," she continued. "He thinks it's not his child, and he doesn't want to have anything to do with it."

Soares went on to share that Cerza-Lanaux initially "seemed supportive" of the pregnancy but "things just changed" last December.

"So he was supportive in the beginning, and then it just changed. Like, around December, things just changed, and he was just not interested anymore," she told Cohen.

Soares also claimed that on New Year's Day, she received a text from the deckhand that read, "Don't go around telling people I'm the dad of this child." He also said he wanted a DNA test, which Soares agreed to as long as Cerza-Lanaux organized and paid for it.

"He hasn't done anything. I asked him again. But, since January, he's asked about the baby like, twice or three times," she said, adding that his mom also made a "horrible comment" online about her pregnancy.

In a separate one-on-one with Cohen, filmed after the reunion as the deckhand did not make an appearance, Cerza-Lanaux argued that he does want to be in Lilly's life if he is the father. He shared similar sentiments in an Instagram post over the weekend.

"I asked for a paternity test, and essentially, that turned into a lot of backlash and her not wanting to hear from me and essentially not having to do anything with me," he told Cohen. "...And I told her that if this is my child, I want to be a part of that child's life every single day as much as I can for the rest of her little life or for his life."

Cerza-Lanaux said he hopes he and Soares can "co-parent together mutually and have respect for one another" if he is Lilly's father.

Soares first announced her pregnancy news in April, sharing a picture of her baby bump on Instagram with the caption: "It's just you and I little baby." She announced the birth of Lilly in May, captioning a photo of herself holding the baby's hand, "She is here. She is perfect. And we trying to figure this thing out." 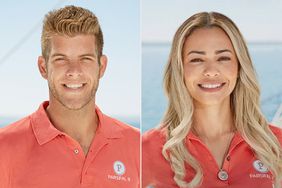 'Below Deck' 's Jean-Luc Cerza-Lanaux Breaks Silence on Dani Soares' Baby: 'If She's Mine, I Want to Be Involved' 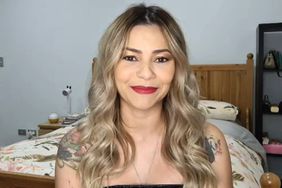 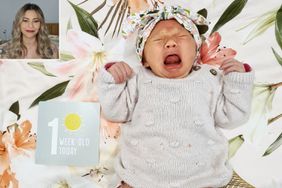 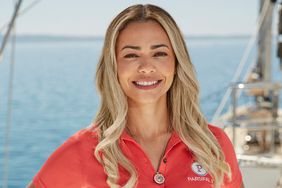 'Below Deck' 'Sailing Yacht' 's Dani Soares Expecting Her First Baby: 'It's Just You and I' 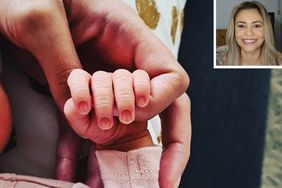