Bekah Martinez Was 'Nervous' to Discuss Hiring Nanny Due to 'Criticism': 'Just Being Transparent'

"I know I am extremely privileged to be able to afford someone to come take care of the kids in our home," says Bekah Martinez while being candid about her new childcare arrangements

Bekah Martinez is explaining why she's being honest about her childcare — and why she has no regrets so far about hiring a part-time nanny for her kids.

The Chatty Broads podcast co-host, 26, revealed earlier this month that she was in the process of hiring a part-time babysitter to be with daughter Ruth Ray De La Luz, 2, and 9-month-old son Franklin James while she and boyfriend Grayston Leonard work. The decision was a "big step" for her, and one that gave her personal "anxiety" about whether she was being "a good parent."

On Monday, however, Martinez wrote on her Instagram Story that she wishes she would have made the move sooner.

"I am so grateful I finally admitted I can't do it all by myself. having scheduled time alone to get my responsibilities done while the kids are cared for has relieved so much stress and my only regret is that I didn't do it sooner," she writes.

In another slide, The Bachelor alum shared a screenshot of a text message exchange with her family's nanny, in which the childcare provider gave updates about the kids and offered to bring a craft table to put in their backyard. Martinez says, "I really love her already."

Martinez additionally shared that she hired her babysitter via care.com, where she herself used to get jobs from when she previously worked as a nanny. She also explained that the babysitter is with them 20 hours per week, typically Monday through Wednesday from 10 a.m. to 5 p.m.

As for why she's choosing to be so open and honest about having additional childcare help? Martinez says she doesn't want to hide that part of her life and give off the facade that she handles everything herself.

"I know I am extremely privileged to be able to afford someone to come take care of the kids in our home," she acknowledges, adding, "I am just being transparent about the process and how I have help because I've noticed some IG moms keep that info ambiguous and I just don't want anyone to think I have it all together and I'm super mom without any outside help."

"But I say that without any judgement btw," she adds, "I know there is a lot of criticism and pressure for moms in the public eye; I was really nervous to talk about it myself... so I get it! if someone doesnt feel comfortable sharing about their childcare situation that's totally okay too."

The mom of two told fans that whatever their childcare setup is, she hopes they feel supported in parenthood.

"Please don't think that your childcare situation has to look exactly like ours," she writes. "Full-time daycare, part-time help from neighbors, full-time support from grandparents... it's all awesome and valid and I hope that everyone can get the support that they need, whatever that looks like!!!"

Martinez also reveals how her little ones are adapting to their new nanny. Ruth "absolutely adores her," she says, adding that they "go on walks, do crafts, play games etc etc non-stop." Baby Frank, meanwhile, is "still getting used to her. But he's a momma and dada's boy!!" 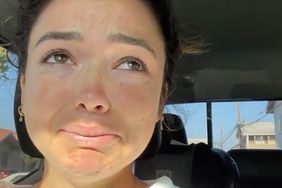 Bekah Martinez 'Devastated' About Nanny Quitting: We'll 'Miss Her Being a Part of Our Daily Life' 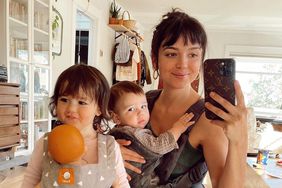 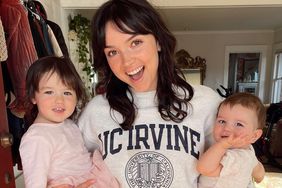 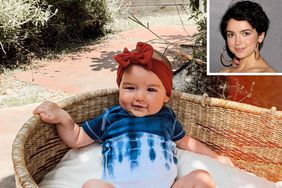 Bekah Martinez Claps Back Over Criticism for Saying 'Having a Baby Sucks': 'Parenting Is Hard' 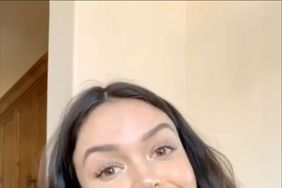