Peas in a Pod! Behati Prinsloo and Her Daughters Show Off their Matching Anklets in Sweet Snaps

Behati Prinsloo and her daughters Gio Grace and Dusty Rose already have their twinning style down!

Behati Prinsloo and her daughters already have their twinning style down!

On Sunday, the Victoria’s Secret Model shared two adorable photos on her Instagram Story showing off the matching anklets she shares with Gio Grace, 5 months, and Dusty Rose, 1½.

In one shot, Prinsloo, 30, posed with the eldest daughter she shares with husband Adam Levine, as the pair stuck out their feet to showcase their golden accessories — both covered with charms.

In the second image, shared minutes later, the mother of two cozied up to her youngest daughter, who was wearing a similar design.

While celebrating Father’s Day last month, the model shared a sweet tribute to her husband, whom she affectionately referred to as “my first baby.”

“Our girls are so lucky to call you dad and I’m so lucky to have you as a husband, a lover and a friend,” she wrote alongside a shirtless photo of Levine holding their eldest daughter.

Continuing, she added: “We love you. Life is better with you. 👨‍👩‍👧‍👧”

Hinting that the pair might not be done expanding their family, the Maroon 5 frontman previously revealed that the couple want to “have a band of children.”

“At this rate, I think I’m going to definitely let my wife be in control of the timing of the next child,” Levine remarked during a recent appearance on The Ellen Degeneres Show, adding that the couple wanted “at least [five].”

The father of two also explained that while not all siblings get along, Dusty is already a huge fan of her “so cute” baby sister.

“She’s obsessed with Gio. Every morning when she wakes up, the first thing she says is, ‘Gio, Gio, Gio, Gio!'” he explained, adding that Dusty is “totally in love with her.”

But Dusty still has to work on not being too “rough” with the newborn.

“She’s a little rough with her ’cause she doesn’t understand [being gentler] yet, so she’ll get in her face and do crazy stuff,” The Voice coach remarked.

Admitted the father of two: “But it’s just so much fun. Being a dad’s the most fun thing on the planet.” 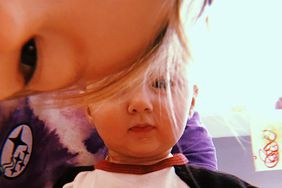 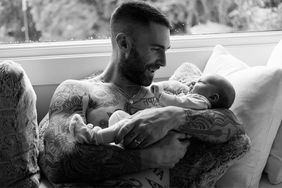 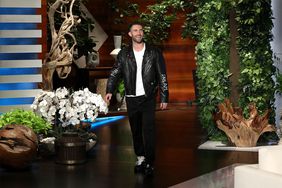 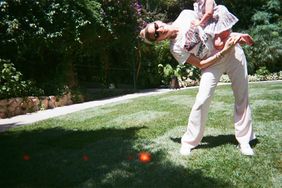 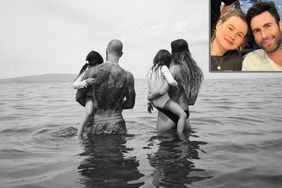 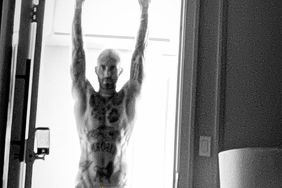 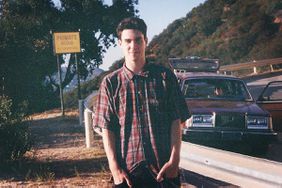