"Ben was really hoping for a brother and he got it!" Oteri shares.

Break out the blue confetti: Renee Oteri is expecting a second son!

The former Bachelor contestant and her new husband, Bracy Maynard, revealed the sex of their baby on the way during a gender reveal party on Saturday.

“We knew we wanted to do something special for our friends and family,” Oteri tells PEOPLE exclusively. “It felt like New Year’s and the Fourth of July combined … but a thousand times more exciting!”

Oteri, 32, and Maynard used a party popper for the big reveal, with guests cheering as blue pieces of paper rained down on the couple.

“Everyone, including ourselves, had such an adrenaline rush,” she says. “This definitely beats balloons or a color-filled cake.”

But the parents-to-be weren’t the only ones ecstatic to see the colored confetti fly out: Oteri’s son, Ben, had his bets on a baby boy.

“Ben was really hoping for a brother and he got it!” Oteri shares. “He can’t wait to teach this new little guy how to play baseball and show him all his creations on Minecraft.”

As for Maynard, the mom-to-be adds he’s “thrilled about a boy” and “loves being a stepdad” to her son.

“[He’s] always throwing the ball, cheering him on at baseball games,” she explains. “He’s excited about doing it again and having two little competitors. He’s excited to see Ben work on all the things they have practiced together with his new little brother!”

With discovering the sex comes designing the nursery — and Oteri already has big plans for her baby’s “beachy” sleep space. “The nursery is going to be gray and sea foam,” she shares. “The decor will definitely include chevron patterns and vintage surfboards on the wall.”

The outdoors theme suits the active family well, as Oteri — who is feeling kicks and jokes her baby is an “active little ninja” — admits she’s been hiking and paddle boarding every day of her pregnancy.

“I’m a pretty firm believer that if you stay active and happy during pregnancy, you’ll feel that way too. Mind over matter,” she explains. “My belly is finally starting to pop, which Bracy is thrilled about! He can’t stop rubbing it.” 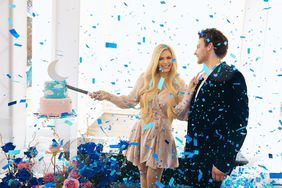 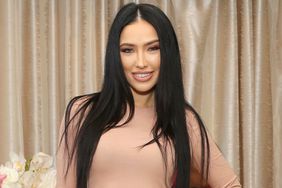 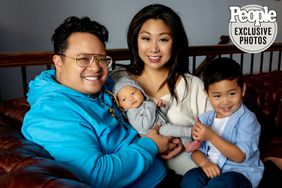 Renee Oteri Maynard: We're Going to Try for a Girl

Melissa Rycroft: I'm Having a Boy!